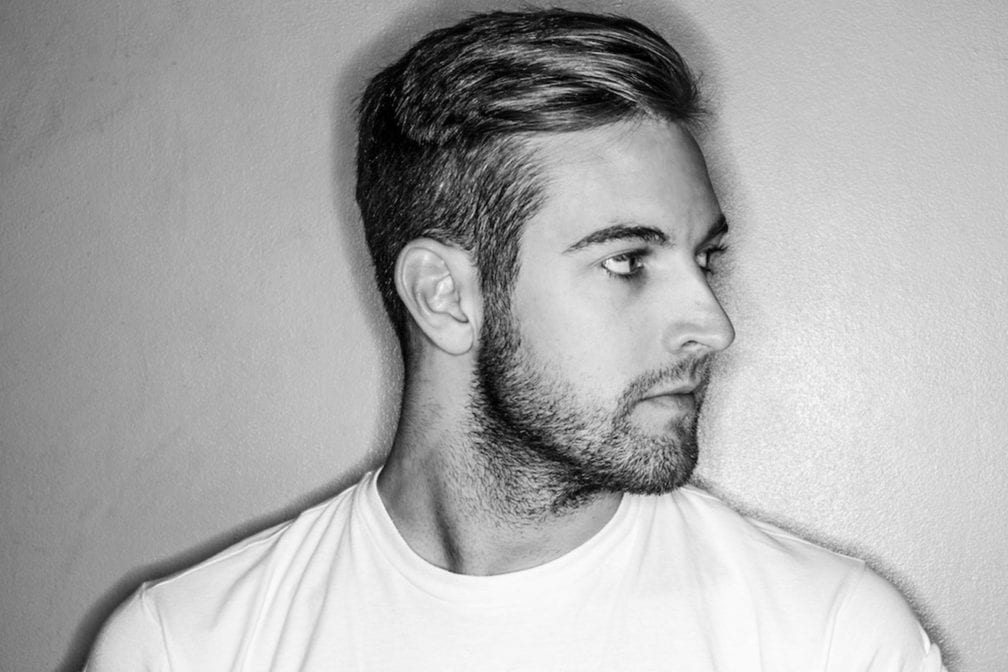 Born in the UK, but raised in Chicago, Secondcity has a unique pan-Atlantic outlook on House and Techno music that takes influence from his exposure to both of these musical hotspots. As such, in the space of some 24 months, Rowan has accelerated into the collective consciousness of house heads around the world.

His inaugural year began with the much-hyped four track EP, ‘The Story’, on Huxley’s Saint’s And Sonnets imprint. Throughout 2013, Rowan continued to show everyone why there was so much hype, as demonstrated by his collaboration with Route94 for the sublime edit of ‘Freak Like Me’. With releases such as this a favourite with many major players, he soon found the likes of Skream, Kenny Dope, MK and Nic Fancuilli all championing his sound.

But 2014 was the year that Rowan would cement his place in the dance community. Starting it off with a bang, his release ‘I Enter’ on Claude Von Stroke’s ‘DirtyBird’ went onto hit top spot in the Beatport charts.

Growing up in Chicago, Rowan had a passion for house music from an early age. The track titled ‘I Wanna Feel’ was inspired by the city he grew up in, which became a mainstay in his sets and received a huge reaction week in, week out. The record started to pick up daytime Radio 1 plays with continued support from specialist’s Skream, Annie Mac, Zane Lowe, MistaJam and the rest is history. The track was signed to Ministry Of Sound/Speakerbox and was released on 25th May, with Rowan receiving his first ever UK No.1.

Rowan followed it up with the highly rated ‘Groove N’ On’ for DFTD. His production skills didn’t go unnoticed by the likes of Nic Fanciulli either as he was asked to produce an EP for Saved Records as well as remixes for the likes of Carl Cox (Circus) and Dimitri Nakov & John Monkman on Suara. He rounded off 2014 with what became a taste-makers favourite ‘What Can I Do’, his second release with Ministry Of Sound, which featured vocals from Ali Love.

After his break through year, 2015 saw Secondcity garnering a lot of support from peers including Andrea Oliva, Guti, Stacey Pullen, Hot Since 82 & many more. He kicked off the year with another release on the highly respected Saved Records with a 4 track EP ‘Feel It’. His groovy tech house beats were really catching on, with heavy rotation on radio, Rowan was asked by a select few to remix their tracks including Supernova, Dario D’Attis, Mendo and Mihalis Safras for Hot Since 82’s Knee Deep In Sound.

He finished the year off with ‘Say It’ – one of his most impressive releases to date. The track was released on Saved in December of 2015 and was accompanied by an equally impressive remix from industry heavyweight, Guti. The track was premiered by Pete Tong on Radio 1 whilst receiving a wide range of support from Marcel Dettmann, Dennis Ferrer, Joris Voorn, Damian Lazarus & Claptone to name but a few, all adding to his already impressive repertoire.

Ever busy in the studio, Rowan’s tour schedule was even more hectic. Playing festivals such as Glastonbury, Reading & Leeds, SW4, Creamfields, Pukkelpop, The Social and not forgetting heavyweight club shows across Europe. He also took his own brand “ENd” on a 12 date UK tour which included shows at The Warehouse Project, La Rocca and Fabric before taking ENd stateside for a five date tour of North America & Canada.

2015 was Secondcity’s breakthrough year as a DJ, playing at some of the most exciting parties Including ANTS shows at La Extrema BPM Festival & Ushuaia. He was also invited to play a select few La Familia shows curated by Joris Voorn and Nic Fanciulli.

Last year Rowan also picked up his first ever residency in Ibiza for Tribal Sessions at Sankeys. His impressive sets were not going under the radar, making his debut at festivals Snowbombing, Sonar, Hideout and Hard Summer Festival in LA making it his busiest year to date.

With all this in mind, 2017 is expected to be another exceptional year as the meteoric rise of Secondcity continues…