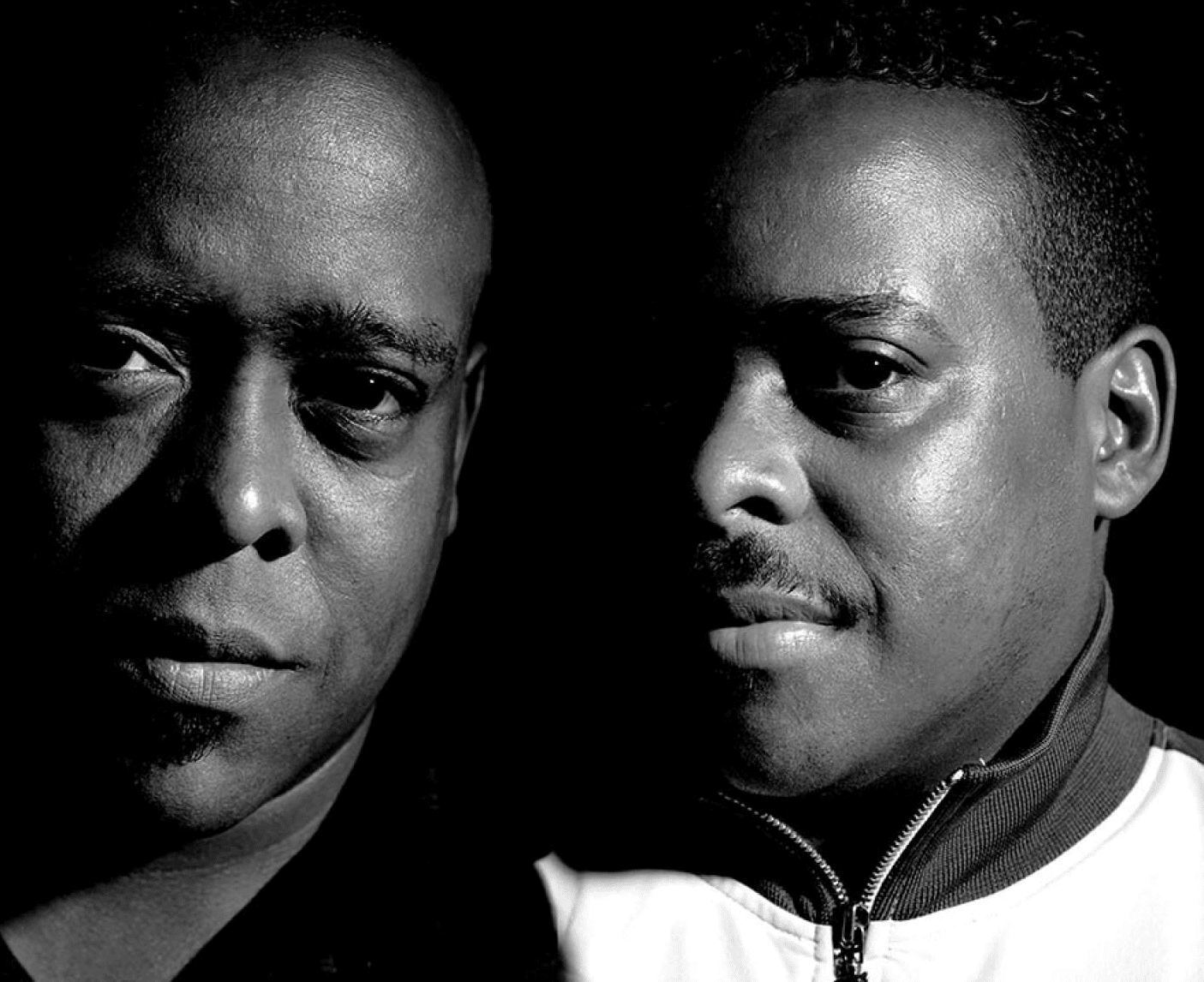 Born and bred in London’s East End, twins Robert and Stephen Laviniere have come a long way since they landed their first DJ gig at their local wine bar Simpsons over thirty years ago. At a time when the landscape of London’s nightlife was changing forever, and the rare groove movement was on the cusp of explosion, the boys were instrumental figures in the eighties warehouse party scene, playing their favourite soul and funk music at their own parties, under their synonymous Zoo guise, alongside fellow stalwart DJ's such as Norman Jay, Paul ‘Trouble’ Anderson, Jazzy B and Trevor Nelson.

In 1985 Gordon Mac’s (then pirate) radio station Kiss FM launched. A mouthpiece for the scene, Mac approached the twins, offering them a weekly slot and for over ten years their trailblazing Zoo Experience show was the stations longest running specialist show. Broadcast each and every Friday night between the hours of 10.00 pm and 12.00 am, it was a hotbed of exclusive tracks and remixes. Not only did their show give many of today’s most recognised DJ’s and labels their first opportunity to be heard on the UK’s airwaves, in turn it allowed their faithful listeners their first chance to hear new releases from significant UK and American labels, DJ’s and producers too.

Alongside their radio show, the twins began their, now somewhat legendary, Klub Zoo night, originally at Munkberry's, then later at the Soho Theatre. Famed for its mix of classic soul, disco and rare grooves, people would flock to the club devotedly each week to hear their favourite Salsoul, Prelude or Philadelphia International tracks. However, a trip to New York at the tail end of the eighties marked a major turnabout in the futures of Bobby & Steve. A visit to Larry Levan's infamous Paradise Garage club in1987, just three months before the club closed its doors forever, gave them their first taste of a new sound, later dubbed 'Garage' music, a sound which American jocks such as Levan, Frankie Knuckles and Tony Humphries were championing. Evolving from the more soulful and gospel parts of disco, US garage music, with its soaring vocals, intricate melodies and jazzy instrumentals, captured the ears of the twins. They had found their sound – dance music that still contained their beloved soulful influences. Later, Klub Zoo would become recognized as being instrumental in planting the UK roots for what would become more commonly referred to as house music.

From that seed planted at Klub Zoo grew Garage City. Inspired by what they had witnessed in NYC, Bobby and Steve wasted no time in launching their legendary Saturday night. Hailed as the UK's most established house night it was renowned for playing the best in soulful, funky and uplifting US garage, this side of the Atlantic.  Joined regularly by the biggest names from the house spectrum, they hosted the likes of Masters at Work, Kerri Chandler, Tony Humphries, Eric Morillo, Todd Terry and Danny Tenaglia, to name but a very few. Telstar Records released various Garage City compilation albums mixed by Bobby & Steve, and to mark its ten-year anniversary Defected Records released a ‘10 Years of Garage City' album also mixed by the twins and Fabric hosted its birthday party. Garage City also enjoyed successful seasons at Ibiza super club Es Paradis.

The growing success of house music alongside their outstanding reputation as both DJ’s and promoters placed them in high demand throughout the nineties. Bobby & Steve were regular guest DJ’s at the biggest club nights across the globe. They held their own sold out Summervibes Dance Weekenders. They launched of their own record labels producing tracks for themselves and for artists including Leeroy Burgess, as well as being in high demand on the remix side reworking tracks for the likes of Faith Evans’ on behalf of P Diddy’s Bad Boy Records.  In 1997 they were nominated for a MOBO Award and in 2001 they travelled to Asia to DJ at the MTV Asia Music Awards party.

The new millennium bought a new chapter for Bobby and Steve and in that same year they launched their new night Soul Heaven at the Ministry of Sound and a weekly Ibiza residency at El Divno. The launch night saw the twins joined by Kenny 'Dope' Gonzalez playing to over two thousand party people, with a further one thousand queuing outside. From then on it went from strength to strength with Defected Records releasing a ‘Soul Heaven’ compilation mixed by the Bobby&Steve

With house music more prevalent than ever in 2018 the boys are as busy and as in demand than ever. Alongside partner Michael Hughes, their new powerhouse Groove Odyssey continues to thrive and prosper. Eight years strong, the brand’s label is churning out original releases and compilation albums to critical acclaim. Their Groove Odyssey club night sees them back at the Ministry of Sound throughout the year joined by the likes of Louie Vega, Dimitri from Paris, Terry Hunter and Joey Negro. Groove Odysseys’ hugely successful GO Ibiza weekender kicked off the island's summer season in May 2017. The five-day event saw over four hundred clubbers from around the globe gather alongside an unrivalled line up of the biggest and best DJ's from the house music fraternity at the Beach Star Hotel, and two sister sites, situated along the beautiful bays of San Antonio by day, and taking over the Island's leading nightclubs by night. By popular demand Go Ibiza returns for 2018. Happening once again at The Beach Star Hotel from the 18th to 21st May 2018, with guest DJ’s Spen, Josh Milan and Karizma joining Bobby & Steve. Groove Odyssey once again returns to the Main Stage in August 2018 for North London’s notorious 51st State Festival which brings together an unparalleled line up from the house and urban music arenas.

DJ wise, Bobby&Steve are still very much in demand frequently playing globally. Just the last few months have seen them play dates in Spain, Italy and Dubai, Heart Ibiza, and at Amsterdam’s ‘ADE’ festival. Recently, the boys were the first international act to grace the stage to a forty-five thousand strong crowd at Chicago’s Chosen Few Festival where they were honoured with a lifetime achievement award.

Bobby & Steve still dominate the 10.00 pm -12.00 am slot each and every Friday presenting their weekly radio show on House FM.

From the early days of their influential soul haven Klub Zoo, to their monumental forthcoming eight-year anniversary Groove Odyssey party at Ministry of Sound, Bobby & Steve have been two of the most respected names in dance music for over a quarter of a century and continue to be constant figure heads in championing the soulful house sound evermore.