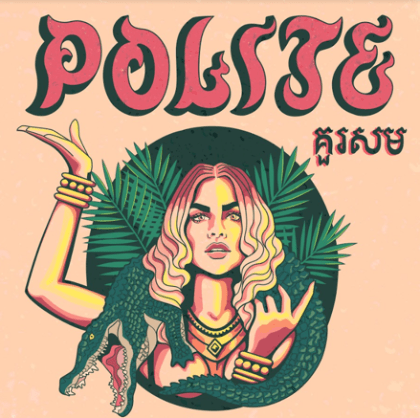 Rising talent, Liza’s ‘Polite’ embodies the beautiful original material that has garnered her plaudits worldwide, fusing rich layers of raw melancholic emotion, and crisp percussive elements. Allowing these sounds to mingle, Liza has constructed something that is both furiously innovative and unrelentingly confident. Her refreshing sound undeniably puts the listener in the front seat, striking them note after note with a voice that demonstrates both vulnerability and strength in her poetic and lyrical abilities.

Currently residing between London and LA, and working with elite writers across both camps, Liza has collaborated with the likes of Bipolar Sunshine and Cedric Gervais, and counts hitmaker Ali Tamposi as both her mentor and publisher. Having toured with Jonas Blue, performing alongside the BRIT Award nominee at Wembley Stadium for the Capital Summertime Ball, MTV Malta, V Festival and more, Liza has amassed a huge fanbase and the recognition from Zane Lowe on Beats 1.

Outside of her career in music, Liza has worked with brands including Net-a-Porter, Adidas, Mary Katranzou, Henry Holland, Puma, ASOS, Revolve and Nasty Gal as she continues to take the fashion world by storm.

Her love for writing, roots, pains and passions spill into every record. ‘Polite’ leaves us certain that this is just the beginning for Liza Owen.