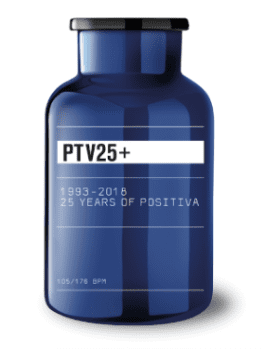 Having sound-tracked an array of legendary club nights over the last quarter of a century, Positiva Records are proud to celebrate their 25th anniversary throughout 2018, marking the occasion with a series of special shows and events. The label are kicking things off with a small industry event atSpiritland on 2nd May, followed by a double header of nights at Ministry of Sound over the first weekend of the month.

With a staggering 67 Top 10 hits, 14 UK #1 singles and shifting over 35 million singles in the UK alone, the label has been at the heart of dance music culture for a quarter of a century, and spawned iconic music moments including the infamous Spiller & Sophie Ellis-Bextor vs. Dane Bowers and Victoria Beckham chart battle in 2000, and David Guetta’s record breaking run of top 5 singles between 2009 and 2012. More recently, Avicii & Aloe Blacc broke all streaming records with 2013’s ‘Wake Me Up’, whilst David Zowie becoming the first ever Friday #1 with ‘House Every Weekend’ in 2015. This was all before Jonas Blue surpassed 3 billion streams worldwide with 3 Top 5 UK singles and four BRIT award nominations to his name. The common theme? Positiva.

The label is hosting a virtual exhibition, giving fans the opportunity to delve deeper into the rich history of the label via the Shazam code below. Content will be added and updated throughout the campaign.

'Twenty five years on the front line within a major label environment is quite an achievement. This campaign will give us the opportunity to shine a light on many of the classic tracks that we’ve been involved with over the years, and take a minute to celebrate what a lasting impact the music has made on so many people’ says Jason Ellis, Positiva’s A&R director, who will appear as a guest speaker at this year’s International Music Summit (IMS) in Ibiza.

From early noughties successes with the likes of Shapeshifters’ ‘Lola’s Theme’ to the EDM-boom ofAxwell, Armin van Buuren and Martin Garrix, Positiva sits at the forefront of the dance music business.“Moving forward, we will carry on working with the best artists as dance music evolves and changes. ForPositiva, rather than being genre specific, it’s always been about seeing what’s working in clubland at any given time and trying to bring the best of the underground into the mainstream and to a wider audience,”says Ellis, tipping Jay Pryor and Moon Willis as new Positiva artists to look out for during 2018 and beyond – both of whom will release new music over the coming year.

The weekend billing at Ministry provides the perfect platform to celebrate a momentous occasion, with a stellar line-up, including Ferry Corsten, Lange, Jonas Blue, David Zowie, and many more, withPositiva looking to host further events over the summer and beyond’.

Established in 1993 Positiva remains at the very summit of the multi-billion dollar electronic music industry in 2018.

Friday May 4th – The Gallery
Saturday May 5th – Together