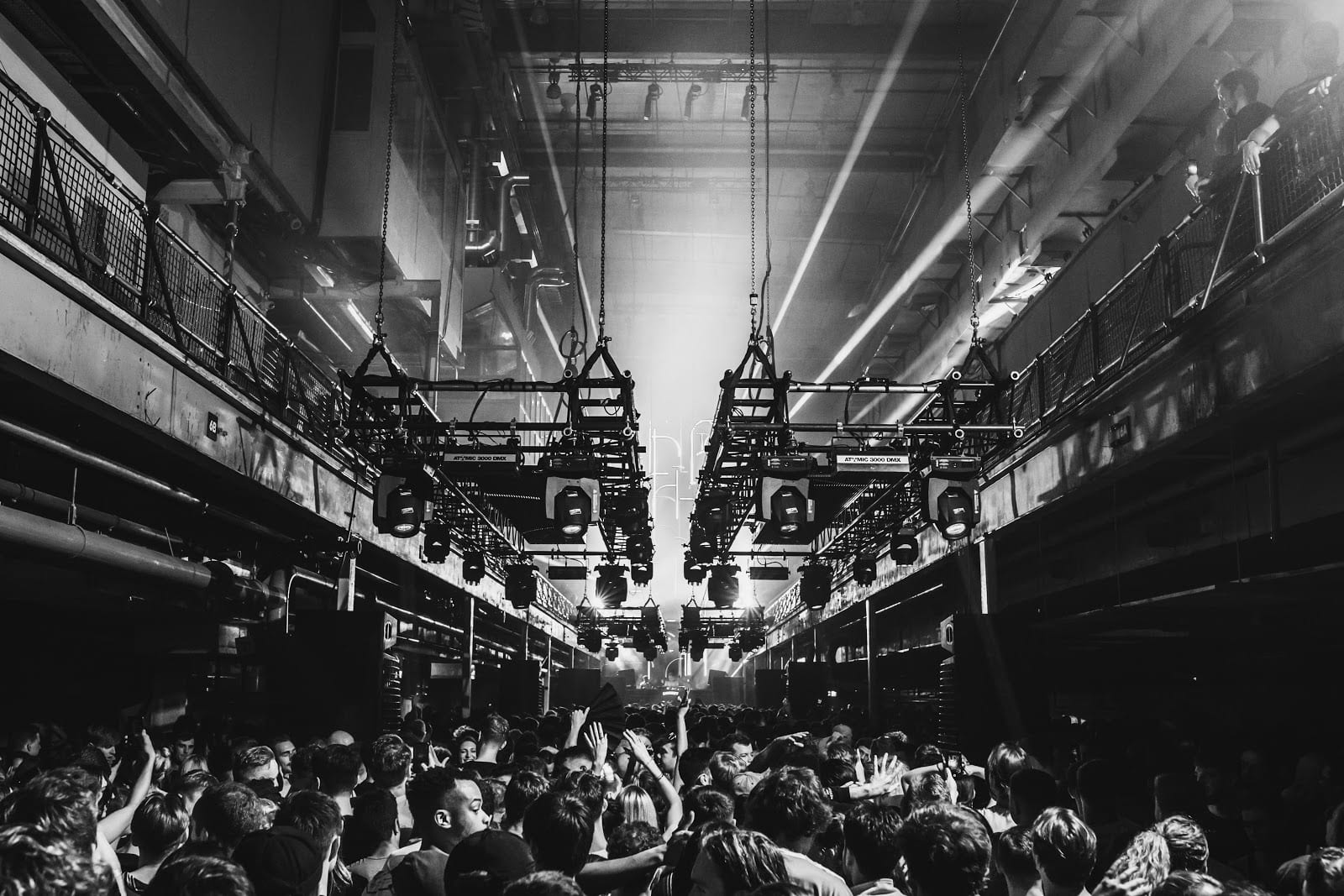 Printworks London leads with a mouthwatering series of events featuring the world's biggest and best DJs and live artists. Pairing next level audio-visual production with cutting edge d&b audiotechnik & Funktion-One sound systems, the ambitious run of shows will take over two technologically spectacular spaces. A night at Printworks London is an unrivalled experience, as this new series will prove.

The 5,000 capacity Printworks will raise the bar again in Spring 2019 with another carefully curated and innovative series featuring more than 70 artists across 12 huge shows. From January through to the end of March, world-class artists like Ghostface Killah, Roni Size, Derrick Carter, Jocelyn Brown, Cassius, Gorgon City, Eats Everything, Floorplan, Joy Orbison, D Bridge, Calibre, Kerri Chandler, Polo & Pan and many more will all play at the famous venue, with many more shows to be announced in the New Year.

2018 saw Printworks re-establish itself as one of the most exciting clubs in Europe, with over 120,000 tickets sold across the year. Next to its awe-inspiring Press Halls and high tech Dark Room—which between them make for an immersive audio-visual experience like no other in the country—the venue has become known for its cutting edge production and world-class programming.

As such, each week will see trendsetting contemporary artists from the worlds of house, techno, drum & bass, grime and plenty in-between all playing at special showcases, with rare and unique one-offs and live shows by the likes of Bicep and Skepta.

These unrivalled offerings will continue well into 2019 with another fantastic series that pairs the hottest up and comers with cult crate diggers, definitive world stars and the most recognisable brands and labels in dance music.

It all kicks off on January 19th with Beat Horizon, a party presented by Soundcrash and one that is already almost sold out. It features hip hop royalty in the form of Wu-Tang Clan member Ghostface Killah, with thought-provoking British rapper and writer Akala, the super hyped Ocean Wisdom, drum & bass hero Roni Size, bashment legends The Heatwave, plus Digital Mystikz, DJ Marky, Calibre, Khan & Neek and D Bridge who will all be present.

February 1st sees Manchester’s La Discotheque crew come to the capital for the first time, with Derrick Carter, Jocelyn Brown, The 2 Bears, Horse Meat Disco and Cassius in tow, for a night of disco, house and soul of the highest order.

On February 8th, following their second album ‘Escape’ which was released in August, the house chart toppers Gorgon City perform live on an already sold out show. Next up it’s a drum & bass haven on February 9th with the iconic Hospitality bringing The High Contrast Band for their second ever London performance, alongside label legends S.P.Y, London Elektricity, Danny Byrd, Whiney & Inja and more. Run In The Jungle will be hosting the Dark Room with special jungle performances from the main room artists, alongside stalwarts such as Bryan Gee, Nicky Blackmarket and more.

National promotion experts DHP Family present their first show at Printworks with French electronic duo Polo & Pan, who are currently in the middle of an all but sold out world tour. This special event takes place on March 14th in the venue’s live space.

On March 15th, AVA London will hold a conference for electronic music at the venue with panelists such as BICEP leading discussions. Following the conference, the floor of the Press Halls will open to a night of cutting edge house and techno with Mall Grab, Joy Orbison, Job Jobse, Or:La, Swoose & Cromby, with a special guest to be announced later in December. In the Dark Room San Proper, Sassy J, Brame & Hamo, Sally C,Mount Palamar, and Robbie Kitt all perform.

There are plenty more shows to come in the new year which will join this already spectacular series. Further details will be released in the coming weeks.