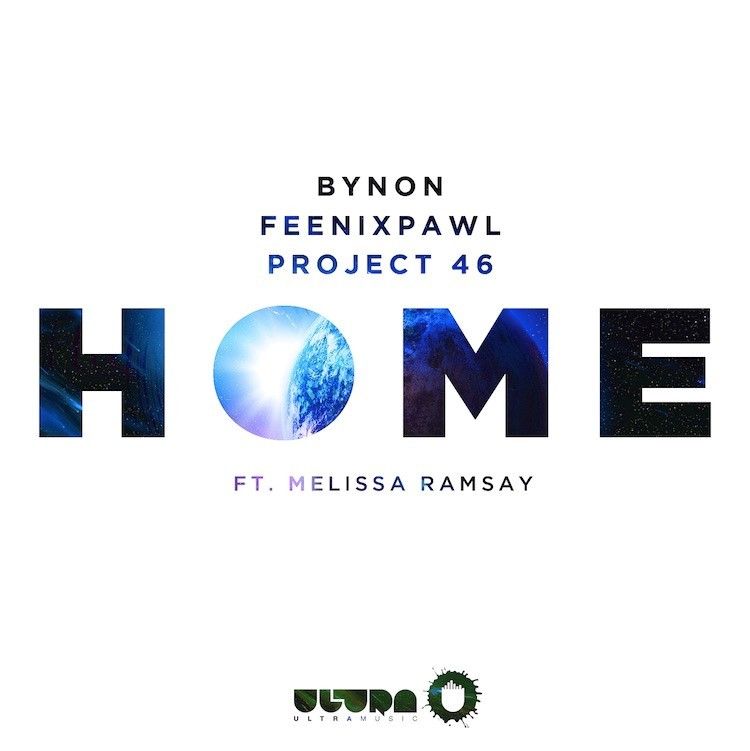 Project 46 have teamed up with fellow Canadian BYNON and Australia’s Feenixpawl for the banging new release ‘Home’ feat. Melissa Ramsay, out now on Ultra Music.

Having already set clubs alight when premiered by the five producers, there’s no doubt that ‘Home’ is set to be an all night floor-filler. The wistful and melodic vocal from Melbourne’s up and coming folk singer Melissa Ramsay is coupled with a bouncing, energy fuelled beat and the result is a massive track with unquestionable drive.

‘Home’ comes after BYNON announced a headline residency at Vegas’ LiFE Nightclub at the SLS Hotel and the release of his latest track ‘Golden Hearts’ [Revealed Recordings] which spent 5 weeks in the Top 10 on Beatport’s Progressive House Charts, meanwhile with support from Tiesto, Avicii, & David Guetta, Feenixpawl show no sign of slowing down after their viral hit ‘In My Mind’, being featured on the worlds most prominent festivals like Electric Zoo, Stereosonic & TomorrowWorld coupled with a major residency at Vegas Super club Drai’s. Project 46 are no stranger to success hitting the Top 10 on Beatport’s Overall Chart  5 times since ‘Reasons’ feat. Andrew Allen rocketed past Tiesto on the Overall Beatport Chart for the #1 spot 2 years ago and more recently with releases alongside Laidback Luke and Kaskade.

The three acts latest release ‘Home’ on Ultra Music is sure to keep momentum going strong.