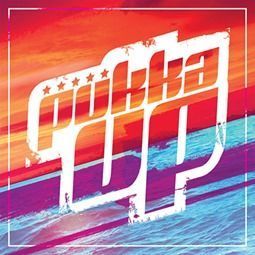 The World’s Biggest Boat Party, Pukka Up, is back with an explosive calendar of events for Ibiza 2016. Its renowned Sunset Boat Parties will return to take San Antonio by storm, every Friday from 3 June and every Tuesday from 7 June, offering ‘next level’  on-board entertainment that’s bigger and better than ever before. Island dwellers can expect spectacular water shows from a world champion flyboarder, CO2 and confetti cannons, the finest DJ talent, the sassy Pukka Up hostesses and much more. With after parties at Together (Tuesdays) and Insane (Fridays), PLUS entry to Ocean Beach Ibiza included in the ticket price, you can literally party all day and all night – it’s your choice. From the boat, to the club, and back to the ocean, Pukka Up delivers the ultimate party experience.

In 2015 Pukka Up held 400 events in 24 countries, so it’s no wonder it’s the party that everyone talks about each year. Pukka Up is the original and longest running boat party in Ibiza and continues year-on-year to welcome thousands of like-minded revellers on board its boats, united through a penchant for hands-in-the-air house music, flirtatious fun and free-spirited clubbing.

2016 is set to be Pukka Up’s biggest yet as it offers more party options and perks than ever before. Tuesday and Friday daytime belong to Pukka Up’s ‘Original Sunset Boat Party’, a staple of the Ibiza party calendar and a ‘must do’ on everyone’s holiday wish list. From 6pm (or 5pm in September), clubbers can board a fleet of boats from San Antonio Marina to witness the stunning Ibiza sunset, making it the only intimate event on the water with a huge party vibe. Each person will receive an on-board complimentary drink to dance amidst the confetti and cooling CO2 cannons, and be wowed by the jaw-dropping water show from its exclusive resident Jet Pack Flyboarder, ‘Hydroguy’.

The boats’ soundtrack comes courtesy of the Pukka Up resident DJs. Firm favourites with the Pukka Up crowds include, Aveion, whose latest single ‘Zeus’ was snapped up by Spinnin’ Records; Modaa who scooped the gong for ‘Best Grassroots DJ Newcomer’ at the ibizaclubbing-guide.com awards; long-standing resident Chris Wright hot from playing all winter in Dubai at Pacha, the Cavalli Club and Nasami Beach at the Atlantis Hotel.

Ticket holders can continue to party through the night, long after the sun has set. On Tuesdays it’s ‘Together’ at Amnesia with big hitting residents Chase n Status, Rudimental, Gorgon City, Hannah Wants plus many special guests, and with a Pukka Up ticket you’ll be able to style it up in Amnesia’s VIP Area on the terrace for the most amazing views in the house. On Fridays it’s ‘Insane’ at Pacha, and although 2016 are lineups are yet to be announced, last year’s bill delivered the likes of Hot Since 82, MK, Amine Edge & DANCE and Groove Armada, so it’s expected to deliver another instalment of top-draw artists.

The party doesn’t stop there. Following the boat parties on Wednesdays and Saturdays, tickets also grant entry to the most talked about VIP daytime hotspot on the island, Ocean Beach Ibiza, to finally chill out around the stunning pool and cocktail bar, and then carry on the party as the day unfolds.

The Pukka Up party ticket delivers amazing value for money and this year offers ‘Day’ or ‘Night’ options. The day ticket costs from €49 (£38) and permits entry to the Sunset Boat Party as well as to Ocean Beach Club on a day of your choice (Wednesday or Saturday). Night tickets are an absolute steal at €70 (£54) with access to the Sunset Boat Party, Ocean Beach Ibiza AND after party at the island’s best club nights, Together and Insane.

Whether you like to party through the day or night, or for 24 hours solid, Pukka Up Ibiza is an experience you’ll never forget. Just one question remains, are you ready to take it to the next level?