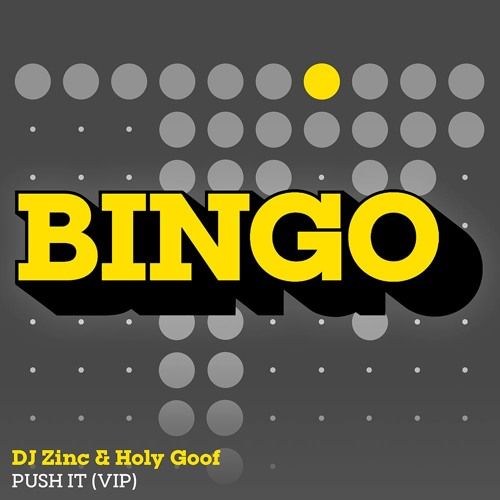 Originally released as part of DJ Zinc’s collaborative Full House EP last year, ‘Push It’ was one of the biggest bassline tracks of 2017. Created alongside Holy Goof – who has emerged as one of the UK’s most promising bass acts over the last 12 months – it epitomises the raw, uncompromising approach to production shared by both artists.

Aimed squarely at the club, this new VIP version is significantly more ferocious than its predecessor, with the vicious synth lead injected with even more venom, and a broken beat section adding an entirely new level of pressure.

Also included on the double A-side package is ‘Definitely feat. C4’, an entirely new solo outing for Zinc, on which C4’s sublime, soulful vocal is paired with a skipping, garage- influenced groove and subtly infectious bassline.

Coming off the back of Zinc, DISKORD and Wittyboy, this new package further establishes Bingo Bass as a vital proponent of the bassline movement.