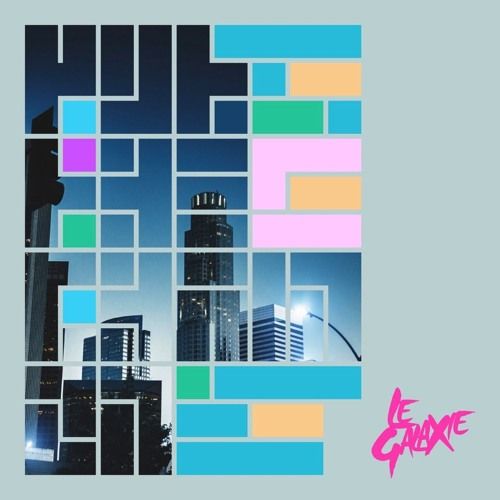 Following the success of ‘Love System’, the visuals for which were directed by MTV Music Video Awards nominee Brendan Canty and premiered on Billboard, Irish electro-pop four-piece Le Galaxie return with their new single ‘Put The Chain On’.

The single, taken from the band’s forthcoming album, has been described by Head Stuff as “one of the year’s most immediate and accomplished LP openers” which “also makes for a particularly strong showcase for frontman Michael Pope”. By their own admission, Le Galaxie see ‘Put The Chain On’ as a “Go big or go home” moment and describe it as “a big BIG song full of feels.” Though the track was recorded in Dublin, the band travelled to LA for production, where they spent five days with DFA/LCD Soundsystem engineer and producer Eric Broucek; a move described by Hot Press as ˜inspired”.

Over the course of their career, Le Galaxie’s festival performances have proved to be a tour de force, with The Irish Times describing their live reputation as “second-to-none”, Breaking Tunes dubbing them “Ireland’s best live dance act”, and Golden Plec referring to them as “breath-taking”.  The band’s interstellar shows have seen them entertain crowds at the likes of Secret Garden Party, Latitude, Longitude and Electric Picnic, amongst others.

‘Put The Chain On’ sees the power and energy of these live performances transcribed into recorded music. The track, which will be familiar to all those who have seen the band live, opens with a hugely powerful synth chord sequence, before the 80s style percussion kicks in, followed by the catchy vocals delivered by Michael. Whilst featuring a breakdown reminiscent of Daft Punk, and a build-up which would not have been out of place as a part of Kavinsky’s soundtrack to ‘Drive’, the track sounds original, whilst faithfully sticking to Le Galaxie’s well developed trademark synth-pop style, remaining 80s inspired yet truly modern and progressive.

Following the success of ‘Love System’, MTV Music Video Award nominee Brendan Canty from Feel Good Lost returns to direct the visuals for ‘Put The Chain On’, which were “inspired by the LA sunset imagery that the song evokes, the colours that we feel when we listen and the pure blistering energy of the band’s live show. We set out to create an abstract video that captures all that.” The single is joined by the Daithi rerub, a remix from seminal French disco producer, Black Devil Disco, and a 90s house-inspired remix of ‘Carmen’, another track from Le Galaxie’s forthcoming album ‘Le Club’ by Arveen & Misk; described as “the gurus of electro music Digitalism” by Notion.

‘Put The Chain On’ is the latest in a stream of incredible releases from this irreverent and exciting band, building on their already superb reputation. The band will bring their magnetic energy to London when they headline at Electrowerkz on 25th November.