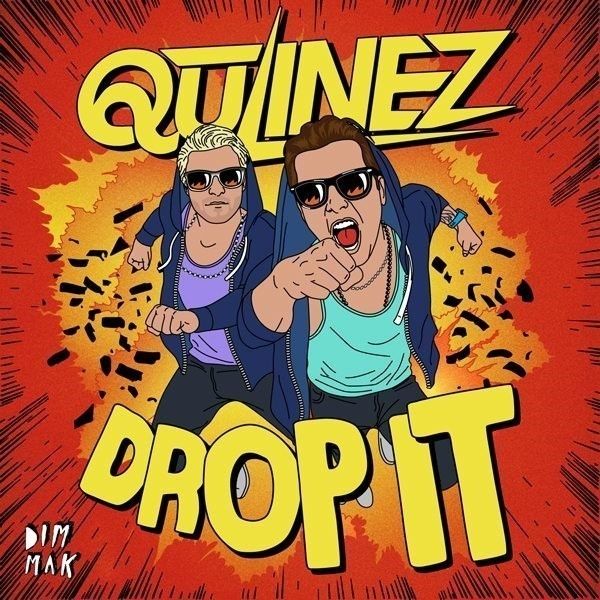 With the release of massive singles “Troll,” BAMF” and “Dynamic” on Steve Angello’s Size Records, Qulinez has already cemented their spot as one of the brightest young production teams in the dance music world. Taking the short ride down Sunset Boulevard, Qulinez hooked up with Steve Aoki’s Dim Mak imprint for the release of their biggest hit yet, “Drop It.”

The title says it all. “Drop It” builds from a cracking percussion line and a cascade of synths to – wait for it – a dark tribal drop that simply blows all EDM adjectives out of the water. It’s beyond “epic,” will surely give you “goosebumps” and Qulinez are definitely “killing it.”

In 2011, childhood friends and Varberg, Sweden natives Alexander Lager and Johannes Gustafsson began producing tracks for a project called “Qulinez.” Size Records boss Steve Angello took an immediate and avid interest in the talented young producers after listening to their demo and signed them to his famed imprint. Their debut release “Troll” was a global sensation that was continuously played by the likes of Alesso, Cazzette, Hardwell, Tiësto, David Guetta, Sander van Doorn, Sebastian Ingrosso, Steve Angello, Axwell and the whole Swedish House Mafia following their monumental 2011 show at Madison Square Garden.

Subsequent LARGE releases “BAMF” and “Dynamic” as well as remixes for Calvin Harris and The Joy Formidable have paved the road to “Drop It.” Push play on this and go f**king crazy.