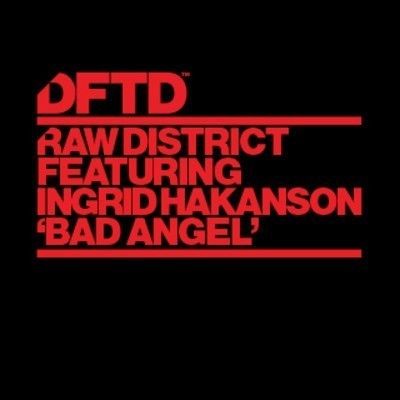 Homecoming Music label owners and house producers Vernon Bara and Massimo DaCosta have previously released music on labels including OM Records, AMA Rec, Robsoul, Aroma, OFF Recordings, Icon and Doubledown, and have also been on remix duties for the likes of Brett Johnson, Fred Everything, Style of Eye, Miguel Migs and JT Donaldson. Earlier this year they began a new project under the name of Raw District which aims to focus on the darker and deeper side of house music, featuring fewer samples and stressing more organic influences whilst still retaining their trademark elements of soul, funk, disco and Berlin vibes.

DFTD are privileged to unchain Raw District’s second release ‘Bad Angel’, hot on the heels of their debut ‘Breakaway EP’ of which appeared on their own Homecoming Music imprint. Featuring Ingrid Hakanson, the single pays tribute to the duo’s mission statement upon establishing their new moniker by bringing deeper and darker house sounds. A killer hook mirrors a warm, grainy bassline and compliments Hakanson’s enchanting and endearing voice. The result is a hypnotic production that boasts charm, depth and originality, and will pave the way for the Belgians imminent success