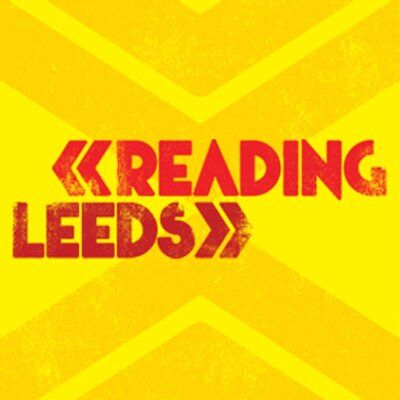 Reading and Leeds have confirmed Eminem as the final headliner for this year’s festivals, taking place on 25 – 27 August 2017 at Richfield Avenue, Reading and Bramham Park, Leeds.  Tickets are available here.

Consistently seen as one of the greatest rappers of all time, Eminem is not only a titan in hip-hop but in modern culture itself. One of the biggest selling artists of the 21st century, his razor-sharp wit and impeccable larger than life anthems continue to defy boundaries, with the likes of ‘Lose Yourself’, ‘My Name Is’, ’Not Afraid' and ‘The Monster’ all storming charts and record collections around the world. His return to Reading and Leeds marks an extremely rare opportunity to witness an icon in the flesh, with a set that’ll add another legendary chapter to the story of Eminem.

Melvin Benn commented: “Eminem returning to Reading and Leeds is beyond exciting. His 2013 headline performance was incredible and I can’t wait to have him back. In addition to our third and final headliner (joining Kasabian and Muse) we’ve announced over 70 additional acts to this year’s line up – it’s looking stronger than ever.”

‘Bad and Boujee’ hip-hop superstars Migos will return to the UK this summer, with a huge appearance lined up at Reading & Leeds. One of the most talked-about groups of the year; the trio have become global symbols of a new wave of modern rap following the release of their latest album C U L T U R E. Expect a swagger-filled performance as Migos make their way to Reading & Leeds.

South London rapper Giggs will continue his march to the top with an unparalleled set at this year’s festivals, bringing the gritty sounds of latest album Landlord to the fields, in a crowning moment for one of the genre’s most defiant voices.

One of the most hotly anticipated returns of the year, HAIM are set to land at Reading and Leeds this summer with a sun-soaked guitar-pop filled performance. Delving into classics from their 2013 debut Days Are Gone and sure-to-be hits from their upcoming new record, it’ll be unforgettable set as rock’s beloved sensations take to the Reading and Leeds stage.

British arena-rock kings You Me At Six will continue their rich history at Reading and Leeds, packing in anthems from their career along with the heavy kicks of latest album Night People. A band born for the biggest stages, Reading and Leeds is set to bear witness to a landmark step from a band that stand head and shoulders above the rest.

A standout success story of 2016, Blossoms have established themselves as national treasures with the release of their self-titled debut, storming to number 1 in the charts and leading to sold-out venues and huge stages wherever they go. Stockport’s finest are set to bring their pop-laden anthems to Reading and Leeds this summer in a performance that marks the next generation of arena-sized icons.

Stand-out alternative pop performances will reign supreme at Reading and Leeds this summer, with Halsey set to bring her powerful electro-tinged hits to the festivals, marking a rise that has seen her become a vital voice for an entire generation. Pop will be in abundance as the voices behind many of the biggest club anthems in the past year, Becky Hill and Charli XCX, head to Reading and Leeds, delivering in-your-face performances that blend cutting-edge electro beats with singalong favourites.

One of the most indisputable voices in British rock, Frank Carter & The Rattlesnakes will continue their incredible rise with another festival-stealing slot at Reading and Leeds this summer. After turning the Main Stage into a crowd-surfing punk masterclass at last year’s festivals, Frank Carter arrives loaded with the runaway success of latest album Modern Ruin, packing even more stadium-sized moments into the Bank Holiday weekend.

Lead by the unmistakable voice of Taylor Momsen, The Pretty Reckless will return to the festivals this year, armed with heavy blues-laden anthems of latest album Who You Selling For. Joining them in triggering mass singalongs at Reading and Leeds this summer are Blush emo-soarers Moose Blood, melodic-rock five-piece Mallory Knox, and punk smashers Marmozets who are set to unveil their invigorating new era after the riotous success of debut album The Weird and Wonderful Marmozets.

The always-seismic presence of explosive Canadians Billy Talent will leave their mark on this year’s festivals, bringing an acclaimed live show that has seen them remain at the top of their game for nearly 25 years. Blistering punk risers Counterfeit will perform at Reading and Leeds this summer, fresh from the release of their hotly anticipated debut album Together We Are Stronger, which sees frontman Jamie Campbell Bower in full voice. They’ll be joined by London trio Puppy, who are set for a true standout moment at this year’s festivals.

Joining them at Reading and Leeds 2017, and set to define an entire summer with anthems are Mancunian art-rockers Everything Everything who will deliver a captivating set of electronic ground-shakers from across their stunning career. Reading hometown heroes Sundara Karma will be bringing indie tales of youthful abandon to the festivals this summer, with Oh Wonder geared to stun the Reading and Leeds crowds with tracks from their mesmerising self-titled debut album. Sheffield’s finest indie upstarts The Sherlocks will continue their journey from packed stage to packed stage with a huge set at Reading and Leeds this summer. Watford squad The Hunna will heat things up on their return to the festivals, and riotous Cabbage will deliver another onslaught that confirms why they’re seen as one of the most exciting new bands in the country. Mesmeric indie-pop groovers Fickle Friends will return to the festivals with their sun-laden anthems, with breakthrough festival moments to come when genre-morphers Inheaven, German ‘Stolen Dance’ songwriters Milky Chance, Ed Nash of Bombay Bicycle Club’s new project Toothless, and stripped-bare electro wizard Tom Misch all take to the Reading and Leeds stage across the weekend.

The explosion of grime and hip-hop will continue to flow through Reading and Leeds, as the festivals once again play host to legendary favourites and the ground breaking voices of the future. Brooklyn’s Flatbush Zombies channel the best of the 90’s East Coast rap era and are set to take on the festival this summer, with hits from last year’s debut album A Laced Odyssey. ‘Pow’ don Lethal Bizzle is set to send festival-goers into a rapturous spin with an explosive set of London grime, while the chilled vibes of Rejjie Snow and BBC Sound Of winner Ray BLK will be dousing the crowds with electric and soulful R&B.

From the down-to-earth freestyle sounds of Dave to the home grown swagger of MIST, the vibrant voices and future favourites in grime, rap and hip-hop can all be found at Reading and Leeds this summer. Avelino, Cadet, MoStack,
J Hus, Angel, Mic Righteous, Geovarn, The Manor, Young T & Bugsey and The Heatwave will all make their unforgettable appearances at the festivals over the Bank Holiday weekend.

Punchy and gritty in everything they do, Black Lips are set to deliver their distinct brand of punk for a stage show that has to be seen to be believed whilst folk-rock duo Bear’s Den promise panoramic-sized grooves from last year’s Red, Earth & Pouring Rain along with classic favourites from their wistful debut Islands. Ferocious live shows will also come from Tom Grennan, Shame, Phantogram, The Amazons, Louis Berry, Grouplove, King Nun, IDLES, Yonaka, Eden, Prose and Picture This, as they all leave their own stamp on the weekend.

The most talked-about names in current electronic dance music will be heading to Reading and Leeds this summer. International sensation Marshmello, who’s huge remixes of Jack Ü and Zedd, along with sun-kissed anthem ‘Summer’ will make for an electrifying performance. Unmissable beats and sets are also guaranteed from drum ‘n’ bass titan High Contrast, masked heavyweight Jaguar Skills, London jungle king Shy FX with Stamina MC and Katy B who’ll be delivering a storming DJ set. Dillon Francis, Sam Divine, Majestic, Claptone, CamelPhat, TOKiMONSTA, James Organ, Chris Lorenzo, Mullally, Klose One and Star.One will all bring big room DJ sets, alongside a very special performance from acclaimed Dutch trio Noisia and their Outer Edges concept show also confirmed, the latest and greatest are set to take Reading and Leeds as their own this summer.

These names join a stellar bill already confirmed for Reading and Leeds 2017, joining previously announced headliners Muse and Kasabian, with Major Lazer, Bastille, Two Door Cinema Club, Flume, Fatboy Slim, Wiley, At The Drive In, Architects, Korn, While She Sleeps, Tory Lanez, Glass Animals, Circa Waves, Against The Current, Danny Brown and many more set for a weekend that brings together the most exciting sounds and artists from across the musical spectrum, capturing a year in music like no other.