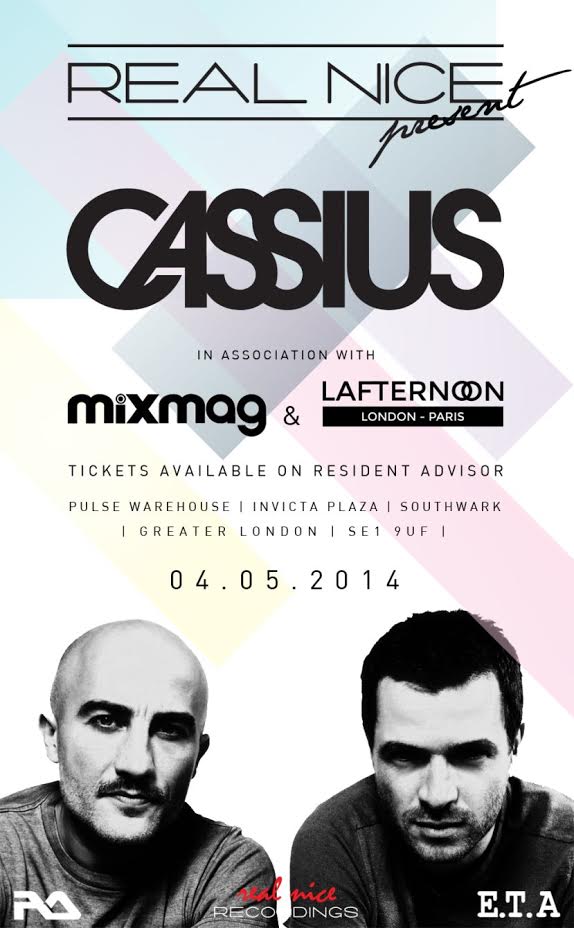 In association with Mixmag and French-anglo party starters Real Nice, French electro legends Cassius return to London for their first headline London show in 3 years on Sunday 4th May. at the cavernous Pulse Warehouse.

They’ll no doubt be prevewing new album from their fothcoming album on Ed Banger Records, following on from their previous LPs Fifteen Again and their eponymous 1999 album released on Virgin Records.

They’ll be supported by Real Nice DJs, Jolyon and more on the night, bringing a slice of French Touche to the mean streets of London.