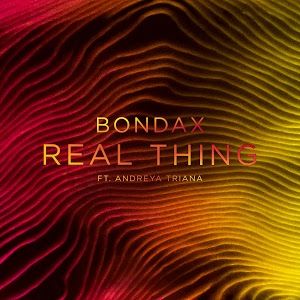 Today, the Manchester based production duo Bondax begin to deliver on their promise of a debut album by teasing the luxurious and soulful sounds of ‘Real Thing feat. Andreya Triana’. Slated for release thisSeptember, Revolve will mark a sonic departure from their previous more dance orientated sound; instead presenting a heartfelt homage to the music that made them and the world they’ve discovered since their breakout success –everything through hip-hop, jazz, Latin and African rhythms, neo-souland disco.

Dropping alongside the first official single today is a Time Based Arts directed video which follows the story of one man alone in his house, and his emotional journey to self-acceptance. Portraying the highs and lows of someone in constant conflict with their identity, the message of the video symbolically echoes the conflict within Bondax during their musical, personal journey’s transitioning from teenage DJ sensations to the artists they are today.

Since bursting onto the scene in 2012 Bondax have long been championed by the likes of Annie Mac, Pete Tong, Nick Grimshaw, Zane Lowe and Mista Jam at Radio 1, as well as Lauren Laverne and Mary Anne Hobbs at 6 Music. Most recently, the duo shared ‘Neo Seoul’ soulful, funky and up-tempo club jam that saw welcomed support from the likes of Mixmag, DJ Mag, Dummy, NOTION and Spindle.

To hear more of Bondax and what they are listening to, check out monthly show ‘Bondax presents Recur’ via MCR Live. Previous guests have included Maribou State, Shy Luv, Crayon and Jadu Heart.

Stay tuned for further news on what this highly anticipated body of work has to offer.

‘Real Thing’ is out now.