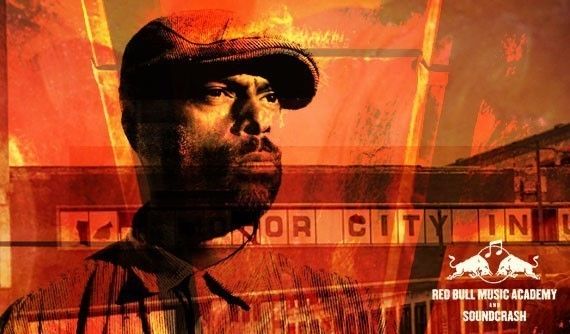 Gearing up for the festival in July, Lovebox joins forces with Red Bull Music Academy and Soundcrash to announce two live shows with Theo Parrish, in London and Manchester.  The shows will fall days ahead of his headline performance on the Red Bull Music Academy stage at Saturday’s Lovebox, as part of his Teddy’s Get Down tour.

The word legend is overused. Theo Parrish is a legend in the full meaning of the word. Over the past two decades he has come to be regarded as a true great in electronic and soul music.  A graduate of the Detroit underground, Theo is famed for his own seamlessly genre-hopping productions as well as for his impeccable and inscrutable skills as a music selector, with sets swerving dangerously between house, funk, disco and techno and more.