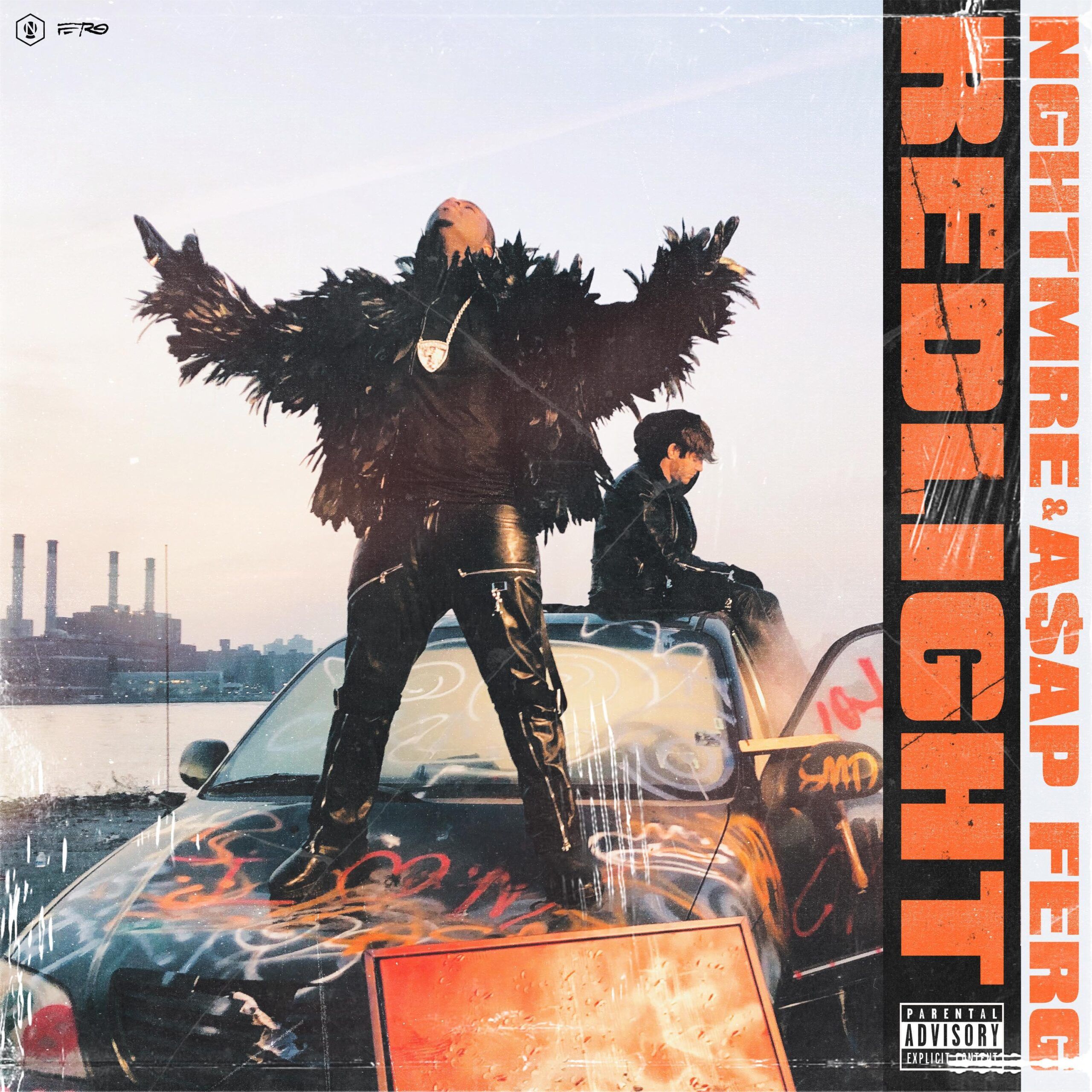 Bass producer NGHTMRE and rapper A$AP Ferg join forces for their explosive new collaboration "REDLIGHT," a dynamic electronic-meets-hip hop single, out now on Ultra Records. Opening with dark orchestral sounds, "REDLIGHT" evokes a dystopian reality that carries through NGHTMRE's top-shelf production skills and A$AP Ferg's signature vocals. The accompanying music video sheds light on the inspiration behind the tone, with thunderous sound effects and heavy basslines. Featuring the two artists as leaders of a post-apocalyptic gang of resurrected rebels, it's both thought-provoking and anthem-ready. "REDLIGHT" follows NGHTMRE's recent single "BANG" with Shaquille O'Neal and Lil Jon; as his debut release on Ultra Records, it's just in time for his Ultra Music Festival headline performance.

"A$AP Ferg is one of the hip hop icons I've always dreamed of working with. It took a lot of time and effort to really make this record come together, but throughout the process, I've gained even more respect for Ferg and his vision. Throughout the shoot, Ferg was on-site, giving new ideas and feedback. It was an honor to be able to create a piece of art with this legend."- NGHTMRE

"NGHTMRE is an amazingly talented producer and DJ. It was a thrill to work with him on this song and video!"- A$AP Ferg

NGHTMRE has evolved into a real force of nature over the last several years – between hit collaborations, originals and the launch of his own label, the LA-based artist has earned his position as one of bass music's leading faces. He recently collaborated with Wiz Khalifa and PnB Rock on "TTM" and has teamed up with heavyweights like Zeds Dead, Dillon Francis, Big Gigantic and The Chainsmokers. NGHTMRE's dynamic, always dancefloor-friendly sound and fast-paced, exhilarating live sets have earned him a loyal fanbase, resulting in a packed tour schedule that has included a Hakkasan Las Vegas residency, Lollapalooza (Chicago, Paris, Berlin, Brazil) EDC (Las Vegas, Orlando, Mexico, Tokyo), Electric Zoo, Mysteryland, Creamfields, Amnesia Ibiza, Shambhala, Middlelands, Coachella, Ultra Music Festival, Holy Ship!, and Tomorrowland, as well as his own Gud Vibrations multi-event series with SLANDER. Through collaborations like "REDLIGHT" and his own experimental style, NGHTMRE is forging the way for a new sound of music to take over the world.

Hailing from NYC's Harlem neighborhood, rapper A$AP Ferg launched his debut album Trap Lord in 2013 and his follow up album Always Strive and Prosper in 2016, with both showcasing an artist unafraid to take his craft to thrilling new places. His latest project, 2017's Still Strivingmixtape, was no different: it’s simultaneously a reflection on Ferg’s artistic journey thus far and a project that has its finger on the future’s pulse. The mixtape featured his triple platinum single "Plain Jane" among other hits. In addition to his solo career, A$AP Ferg is part of the hip hop collective A$AP Mob. Although rapping one of his main passions, he is a successful business owner, entrepreneur and painter.