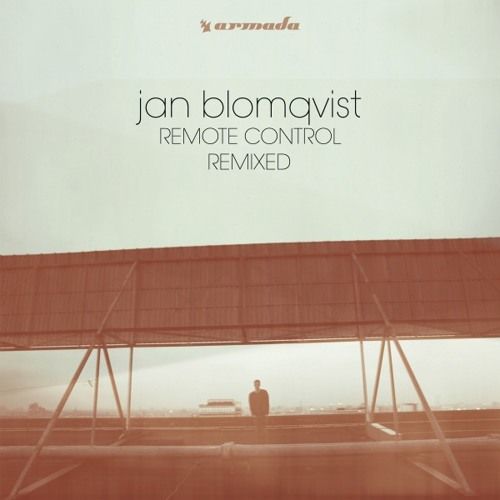 It’s been well over a year since Jan Blomqvist dropped debut album ‘Remote Control’, but its charm has far from faded. The critically acclaimed album proved one of the most elegant bodies of work to see release in early 2016 and that is exactly what Jan Blomqvist builds on as he releases its sixteen-track remix album: ‘Remote Control (Remixed)’.

For ‘Remote Control (Remixed)’, a host of skilled remixers were drafted in to dig into some of the album’s most  remarkable singles. The top names in the list include none other than Daniel Stefanik & Mathias Kaden, Lexer, Nico Stojan & Acid Pauli and Eelke Kleijn, whom Jan Blomqvist granted the task of vamping up respectively ‘Empty Floor’, ‘Back In The Taxi’, ‘Dancing People Are Never Wrong’ and ‘Drift’.

A dream team both in the studio and on the live front, Daniel Stefanik & Mathias Kaden have a chemistry that few multi-membered acts come close to. Their rendition of ‘Empty Floor’ exemplifies just that as its recurrent arpeggios play catch with the placid vocals and radiate a synergy that increases its contagiousness significantly.

Lexer in turn opts for a percussion-heavy and progressive take on ‘Back In The Taxi’, displaying the full extent of his innate talent and intuitive approach to music. That attitude helped him become a staple in and around the Berlin scene and shines through in his groove-plated remix as well.

When it comes to Nico Stojan & Acid Pauli, blurring genres is the name of the game. Their sound roots down to a texture-rich form of electronica that deals in thumping beats and complex atmospheres, all of which is showcased in their treatment of ‘Dancing People Are Never Wrong’.

And with ‘Drift’, multifaceted top composer Eelke Kleijn takes the wheel to steer the ‘Remote Control’ album single in a direction of his own. His rendition teems with gliding synth pads and eases through the course to finish at least as strong as all of Eelke Kleijn’s productions tend to do.

In the meantime, Jan Blomqvist continues to spread his distinct sound and intimate live sets to hotspots across the globe. Fresh from performances at Babylon in Australia, Coachella in the U.S. and DGTL in the Netherlands, he is to hit up countries such as Germany, Belgium, the Netherlands and the U.K. throughout the summer, with more dates still to come.