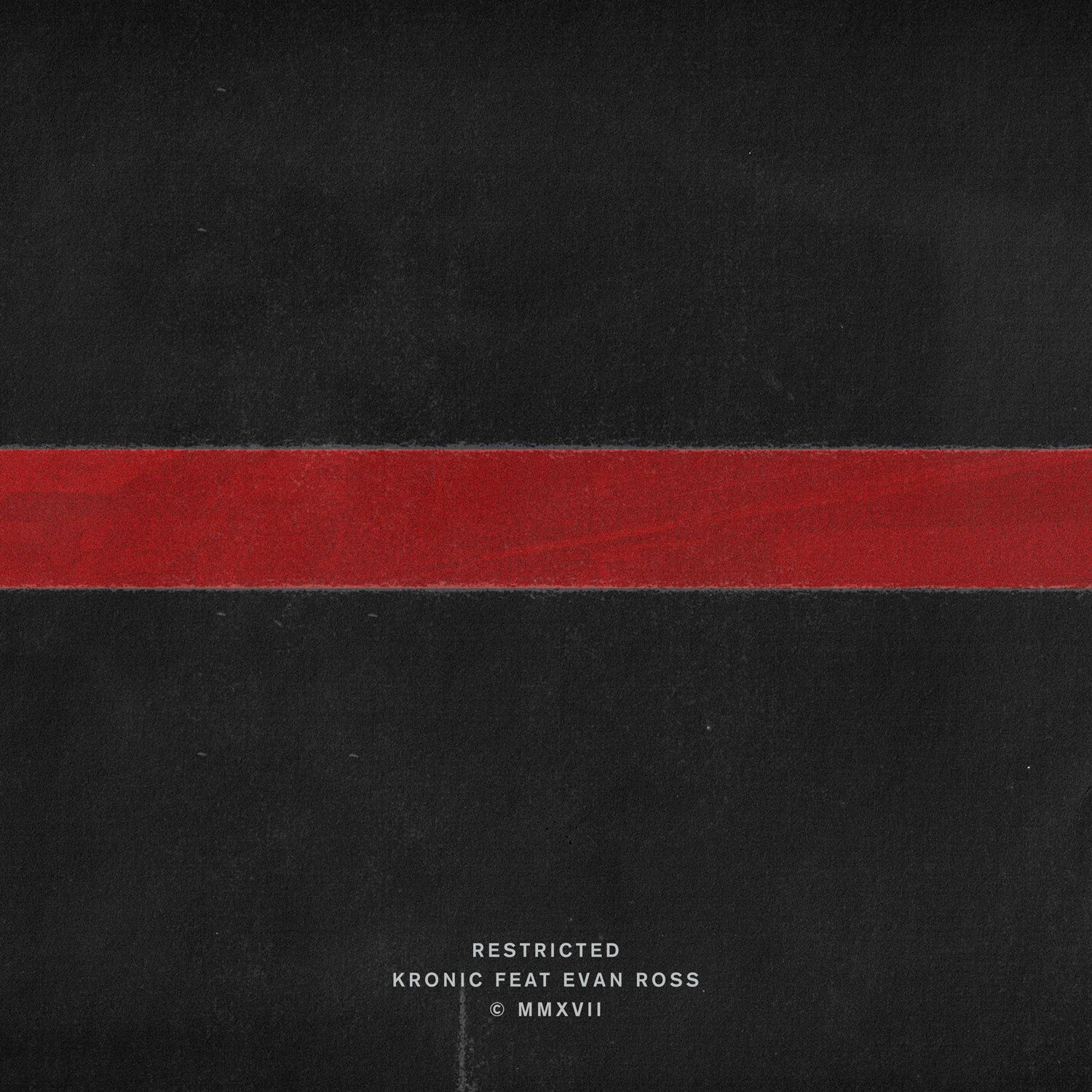 When Lady Gaga gives you that damn son look of approval, there’s no doubt the song is an instant hit. More on this in a little bit!

What started off as a Thursday night partying, or as Kronic calls it – inspiration – a bassline and looping lyrics “Tell me just how you like it” seemed to take shape in a hotel room at 4am.

Featuring vocals by Evan Ross – who has a sound similar to Adam Levine – was an absolute treat for Kronic. Even though Ross is a tough man to pin down, Kronic knew he had the vocal range and tone to execute the song exactly the way he heard it in his head.

“When I played him the song, Evan immediately started dancing and coming up with extra melodies. He made ‘Restricted’ his own and took the song to a more Michael Jackson-esque place than I had originally intended; all for the better,” Kronic said.

Lyrically, ‘Restricted’ is a love song to the bad girls of the world. It is the story of two people who are completely self-destructive and know they should stay away from each other, even though they can’t escape each other. It’s an empowerment anthem to toxic relationships where Kronic speaks from his own experiences.

“It’s about being attracted to the type of women you’re not supposed to fall for; the type you meet at the after party at 6 in the morning. There’s a certain stigma attached to these girls that you’re supposed to stay away from them, but those girls are exactly my type. I’m just like them,” he said.

Back to Lady Gaga. It’s a crazy story but demonstrates just how hot this track is.

“I was playing a private party and Lady Gaga was there. Trust me, I know how ridiculous that sentence sounds, but roll with it. At one point, Gaga was standing about two metres away from the DJ table. I faded out whatever Future, Migos, Travis Scott song that I was playing and put on ‘Restricted’. Within five seconds of that bassline coming out of the speakers, she turned around and gave me this “Damn Son” look complete with the type of screwed up face you pull when the drop on Skrillex’s ‘Cinema’ remix comes on. That’s when I knew ‘Restricted’ was something special,” he said.

It is clear to hear that this song has the potential for global chart topping domination, with its gutsy verses and catchy choruses, it’s an all round cohesive sonic soundscape. Press play on this dance floor starter or add it to your next road trip play list.