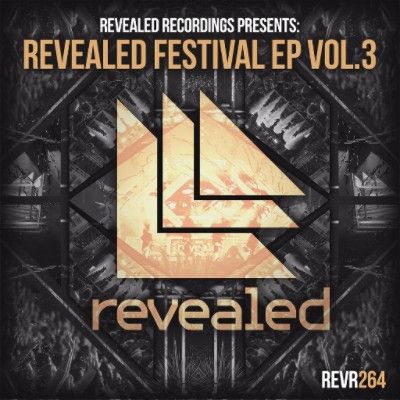 After the hype that was built around Volume 1 & 2 of Revealed’s Festival EP’s last year, which both featured some of the industry’s hottest talent including Kill the Buzz, Domeno and Tom Ferro, the imprint returns with the scorching hot Volume 3. Jam packed with material by Alpharock, JAGGS & Dropgun, MR. BLACK & WAO and Jabi, the EP is full of dance ready heat from some of the scenes rising stars.

Kicking things off in style is the enormous vocal driven ‘The New Normal’ by Alpharock. Having caused a storm with its premiere on Hardwell On Air 276 whilst sitting firmly in the head honcho Hardwell’s live sets, the track has all the foundations to set the festival circuit ablaze this summer. Next on the list is the power charged sizzler ‘Chronos’ from JAGGS & Dropgun. Fusing together intense low frequency bass material alongside hard hitting melodies, the duo delivers another stellar big room electro track for the summer action.

Also included on the EP is the killer new track ‘Hu Ha’ from MR. BLACK & WAO. Delivering relentless kick drum movements alongside a devastating lead synth, ‘Hu Ha’ is sure to increase the momentum on the festival floor. Last up is the exceptional ‘Space Parade’ by Jabi, taking fans into orbit with its star gazing melodic synth lines and huge festival ready drops, the track is a fitting end to a monumental summer festival EP.

With Revealed Recordings at an all-time high, the label continues to provide platforms for the industry’s finest artists as well as delivering explosive festival tracks primed to be the soundtrack to the summer. Make sure to pick up your copy of the Revealed Festival EP Vol. 3, out now on Revealed Recordings!