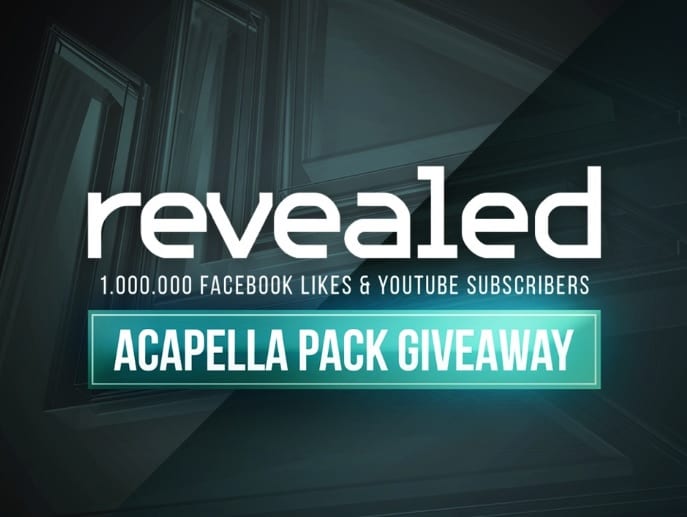 From celebrating 6 years of bringing the world enigmatic, ahead-of-the-curve dance music, over to parties that dominate the scene from Miami to Ibiza, Hardwell’s Revealed Recordings has now amassed over 1 million Facebook likes and YouTube subscribers respectively, signalling its position as a bona fide leader within the independent electronic label scene.

From classics’ integral to the imprint including ‘Spaceman’ and ‘Apollo’, over to the championing of raw, new talent bringing the biggest beats from across the globe, a seminal component to Revealed’s best-known successes and fan-favourites includes a stellar selection of vocalists that help propel the imprint’s anthems to the next level.

As Revealed Recordings is proud to hit 1 million fans/ subscribers across both Facebook and YouTube, Hardwell and the team now offer up a special ‘thank you gift’ of exclusive Acapella’s in their first ever Revealed Acapella Pack giveaway.

Featuring hairs-on-the-back-of-your-neck performances from vocalists including Jake Reese on ‘Mad World’ and ‘Run Wild’, Chris Jones on ‘Young Again’, Haris on ‘Survivors’, as well as tracks ‘Never Say Goodbye’, ‘Echo’ and many more – get your hands on the exclusive Revealed Recordings Acapella Pack for free and join in the fun!