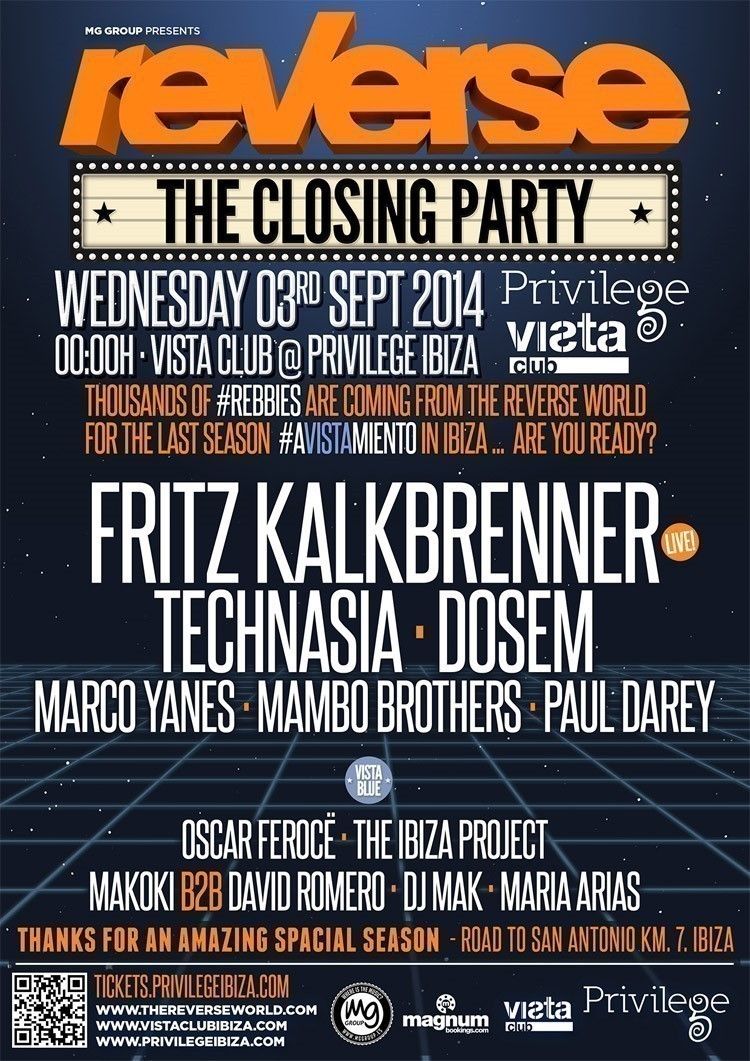 One of Privilege’s flagship night’s, the excellent Reverse, is coming to an end soon but this summer it has proved one of the talking points of the whole island, has broken lots of records and has sent thousands of clubbers home delighted to have been a part of the party.

For five years now, Reverse has been one of Spain and Madrid’s foremost parties, with a great history of putting on sell out events with the finest DJs. This year they made the trip to Ibiza for the first time and really made a big impact on the new international audience thanks to their great line-ups, lovely crowds and extra special, mesmerising production that added an extra layer of magic to the whole thing.

The huge alien they invested in was hugely popular around the island, with people seeing it all over and recognising it immediately from the Reverse parties. It got lots of attention and brought lots of people to the club to check it out, and they never left disappointed.

Many big names have played including 2manydjs, Steve Lawler, Vitalic, UNER and the biggest of them all, Technasia, who smashed the club every time he played and was for sure one of the most talked about DJs of them all.

Reverse also gave the chance to seven young artists who played at Vista Blue and the night also supported the Burn Residency, helping future talents come through by giving them experiences at one of the world’s leading clubs.

Because the reverse Ibiza season has been so successful, many promoters around the world have been asking if they can secure their own tour dates and so a Reverse tour is coming in autumn and winter 2014, so keep your eyes peeled for that one.

Before that though, there is one last party on Wednesday 3rd with internationally acclaimed German techno star Fritz Kalkbrenner playing live, Iban Mendoza and Marco Yanes.

For one last time this season Reverse will be pulling out all the stops, so make sure you’re there.