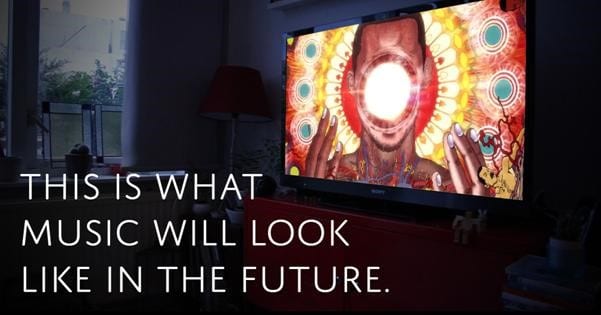 Whitestone is the first platform for interactive music experiences, set to revolutionize the way we experience music. It is a place to create, collect, and truly experience music online. Setup by a group of artists, designers and programmers with a vision to bring album art to the internet, Whitestone uses the medium to create special interactive editions of albums and videos. Streaming is just the beginning, they want to take it a step further.

The platform will convert a static album cover to an interactive one by assigning keys commands, touch gestures or camera input to control the layers of the artwork and the tracks. Technically it is possible and a bunch of artists are already doing it but the conventional music platforms are not built for such releases. We make tools to help artists create and release interactive experiences.

Craig Leon (Ramones / Blondie producer) and Indian Wells (Bad Panda Records) are already working with the platform which launches this weekend with a ‘Hackathon’ live programming session between Whitestone programmers and designers and actual music artists this Saturday 29th August and the launch of the Kickstarter campaign this Sunday 30th August.

We have all heard the stories and frustration of artists about the current situation of the music industry. Whitestone believe that by crowdfunding and keeping away from venture capital and major label ownership that they can build an honest, sustainable marketplace we will all want to be part of. Whitestone are launching their Kickstarter campaign on Sunday 30th of August, join them to make this a reality!

Whitestone believe that true fans want to support artists. Their business model is based on the concept of the tip jar and fan contributions rather than advertisements. As a fan you can follow creators to get their feed. When you see something you like you can tip them – You decide how much, and your money goes directly to the person you intend to. Not only artists are creators – radio hosts and music bloggers for instance can get tipped as well, the stage is for everyone.

Whitestone started as a graduation project more than 3 years ago. Throughout this time they kept true to their vision and stayed independent. They quit our jobs, lived off of savings and are now funding the platform through Kickstarter. If you are a music fan or an artist, join the journey to make the future’s independent, transparent music platform.