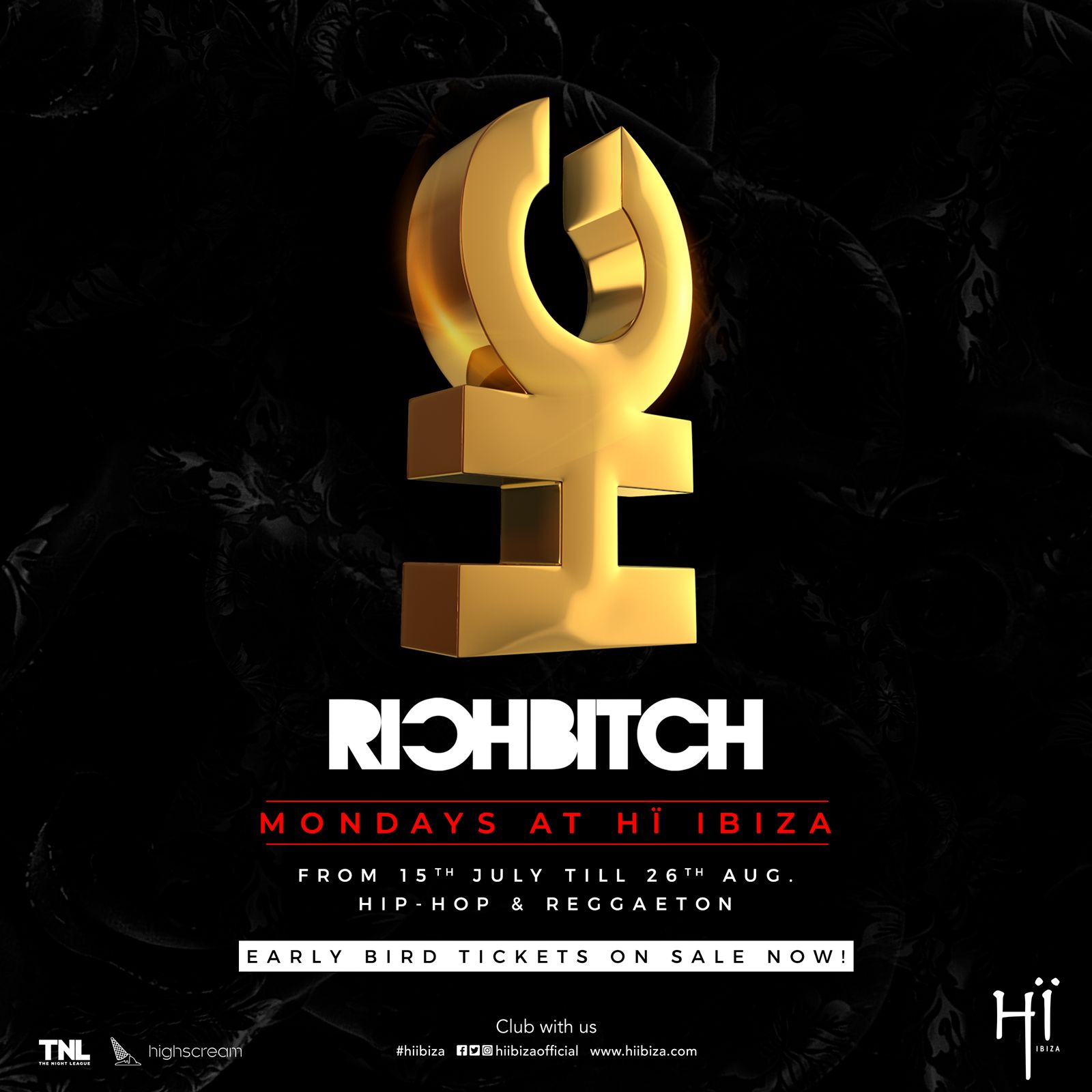 The Night League is proud to announce that Ale Zuber's hip­hop and reggaeton party RICHBITCH finds a new home at Hï Ibiza this season. Returning to Ibiza for a sizzling fourth season, the party with the most rhythm on the island will take over Monday nights at the award­winning Hï Ibiza. Adding some heat to proceedings and continuing to shake up the island's electronic roots by bringing the sounds of hip­hop, R&B, reggaeton, trap and moombahton to the shores of the White Isle, RICHBITCH will be raising temperatures from Monday 15 July to 26 August.

The brainchild of Italian urban­pop sensation Ale Zuber, the party was founded in Italy and quickly took the global scene by storm, with gatherings at some the planet's hottest party destinations, including Miami, London, Turin and Ibiza's sister island, Formentera. Ale Zuber will be at the helm this year as the resident host, bringing with him a roster of amazing urban artists from around the world. The full season line­up for Hï Ibiza is soon to be announced but past guests have included Fatman Scoop, Busta Rhymes, Bad Bunny, Claudio Tozzo, Danny Romero, DJ Big Fish, DJ Nerz, DJ Polin, Don Cash, Federico Kay, Napoles, Juan Cuba, Sweet Flow and more. The 2019 season looks set to raise the bar (and the heat) even higher, so watch this space for some big surprises and more heavyweight names!

With Latin music fever sweeping the charts around the world, never has this party brand felt more exciting and relevant. With a finger firmly on the pulse, RICHBITCH continues to bring the most current sounds and most recognised artists to the table each week for a party like no other.

The Night League, the team behind the success of Hï Ibiza will soon reveal the full program of guests so watch this space for more announcements. Tickets are on sale now available at www.hiibiza.com.