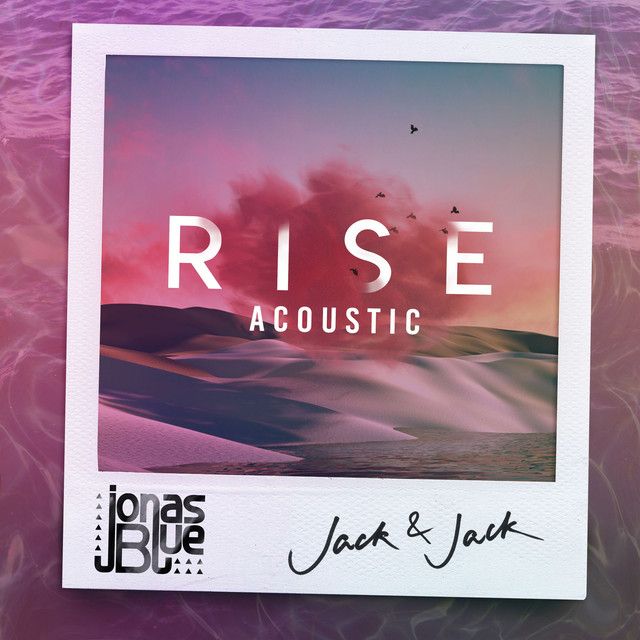 Since the release of ‘Rise’, the single has already surged into Spotify’s top 10. With the track expected to crash the Top #10 in the UK Official Charts and Top #10 UK airplay chart, Jonas decided to deliver a lusciously down-tempo version, set for release on Friday 13th July.

Shot in Jonas’ native London, the official video for the acoustic version of‘Rise’ is filmed on a Canary Wharf rooftop, as Jack & Jack deliver a brilliantly soothing vocal, with Jonas himself on a vintage Rhodes electric piano, as a cast of backing vocalists provide rich harmonies. Directed by creativeGRAMMY-nominee John Paveley, who has previously worked on Channel 4series ‘Superstar DJs with Annie Mac’, the video offers stunning views of London’s skyline, with both the Shard and Gherkin buildings visible throughout.

Having cemented himself as a permanent fixture in the charts so far in his career, surpassing 4 billion streams worldwide, Jonas Blue has garnered 3 x Top 5 UK singles to his name so far, with his debut single, ‘Fast Car’ achieving 39 platinum certifications worldwide.

The UK producer will also perform at SW4 Festival and numerous other festivals across Europe this summer, and is currently in the midst of his‘Electronic Nature’ summer residency at Hï Ibiza. With Jonas Blue also setting up his record label ‘Blue Future’, you can expect to hear some big news on his debut signings later this year.

The official video for the acoustic version of ‘Rise’ featuring Jack & Jack is out now!