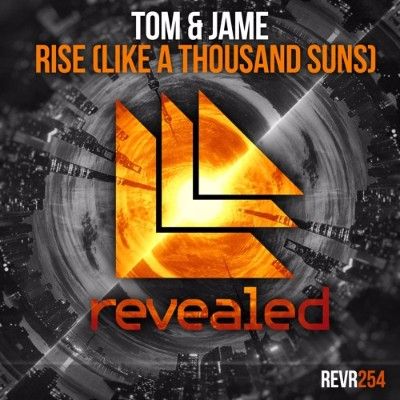 Tom & Jame are no strangers to the Revealed Recordings roster of world class artists, having had huge success with the dancefloor weapon ‘What Goes Around’ in May, as well as a string of releases on label mainstay Dannic’s newly-birthed Fonk Recordings, the duo makes their explosive return to Revealed with the Summer’s hottest new anthem ‘Rise’, further launching them up with the dance music elite.

Capitalising on their signature big room sound, ‘Rise’ has all the ingredients to cause ultimate dancefloor destruction, as powerful kick drums carry the electrifying onslaught of synth lines along with a warm vocal cut, these elements all propel this track into certified peak time territory – as demonstrated when label head Hardwell dropped the energetic cut during his ULTRA Music Festival Mainstage set back in March.

With a fully booked few months ahead showcasing their talents at some of the world’s leading super clubs, the duo will be gracing the decks at the Revealed label night in Germany’s Bremen on June 18th, along with an appearance out in Ibiza for the highly-anticipated Revealed parties at Ushuaia come June 21st, Tom & Jame’s magnitude of talent and stellar selection of releases only further signifies that the future is looking brighter than ever for the dynamic duo.