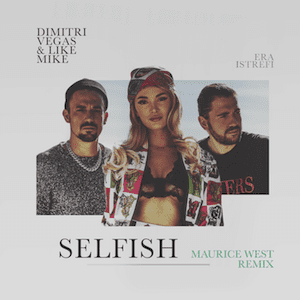 The resurgence of the bigroom genre has been well documented over the past couple of years and Dutch native Maurice West has been at the undeniable forefront of that movement. Freshly removed from his W&W-assisted ‘Matrix’ collaboration, Maurice West is unveiling his scintillating remix for Dimitri Vegas & Like Mike and Era Istrefi’s ‘Selfish’. The remix is officially out now via Smash The House across all digital streaming platforms.

Reconstructing the ballad into a mainstage-ready anthem, Maurice West continues to demonstrate his ingenious ability in the studio. Maurice withholds the radio-primed integrity of the track with Era Istrefi’s infectious vocals and instantaneously progresses it into a monstrous and euphoric break. Two powerful drops transport listeners to a festival environment as vocal cuts and pounding bigroom kicks accelerate the remix to an all time energetic pace.

At just 22 years of age, Maurice West has epitomized the inescapable wave of new era bigroom music. His unmistakable sound has already led to collaborations alongside some of dance music’s most iconic names including Tiësto, Hardwell, W&W and KSHMR among others as well as multiple appearances on the mainstages of both ULTRA Music Festival and Tomorrowland. Maurice continues to advance his astounding production capabilities, and 2019 has proven to be no different thus far, which has included a rework of Planet Perfecto Knight’s timeless ‘ResuRection’ and the W&W collaboration, ‘Matrix’. 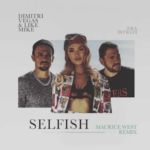