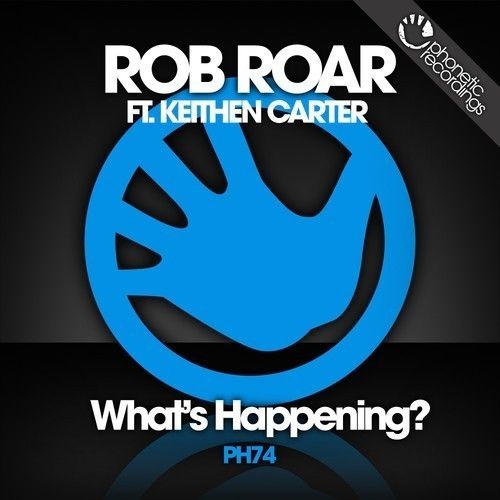 Phonetic are proud to present the new single from Phonetic’s Head Honcho Rob Roar, with vocals from the grammy award winning Keithen Carter (Max Linen).  As always written by Rob with the We Love Space Sunset Terrace in mind and road tested to an amazing response with a string of DJ’s and clubbers enquiring as to the name of the track.

New mixes of ‘Flashback’ produced under Rob’s alter ego ‘Max Linen’ with Leiam Sullivan are currently sending tremors through the world’s dancefloors and has been hailed as one of the Monster tracks of the Amsterdam Dance Event, tipped for 2014 by DMC World’s Buzz Chart.

The track follows on from Rob’s ‘Rockerfella’ production, a Balearic favourite heavily championed by the Island’s DJ’s, featuring high in the DMC Buzz & hitting the prestigious No.1 spot in the USA House Charts. There’s a hot new vocal version en-route from Stella Attar of The Creeps/Luke Solomun fame.

What’s Happening? is a cool, bass driven journey into House Music. A fusion of Deep & Tech House, designed and proven to cause maximum dancefloor devastation with Keithen Carter of Max Linen fame adding his hypnotic, tripped out vocals, as only he can.

Adding to the remix package are Hot new kids on the block StereoJuice93, their debut single ‘He’s Alright’ featured in Beatport’s ’10 Must Hear House Tracks’ Chart and the Traxsource ‘Top 10 Essential House’ Chart. Here the guys take things up a notch in a big room stylee that will definitely be blowing cobwebs from those under used sound systems.

Kisch is another talent already starting to set tongues wagging, mentored by Ibiza’s Pete Gooding there are several forthcoming remixes en-route from him on the Phonetic label. His remix gives the production a whole new feel with his signature quality effects and wide solid sound.