ROCK IN RIO ANNOUNCES ENTIRE LINEUP FOR ITS ELETRONIC STAGE 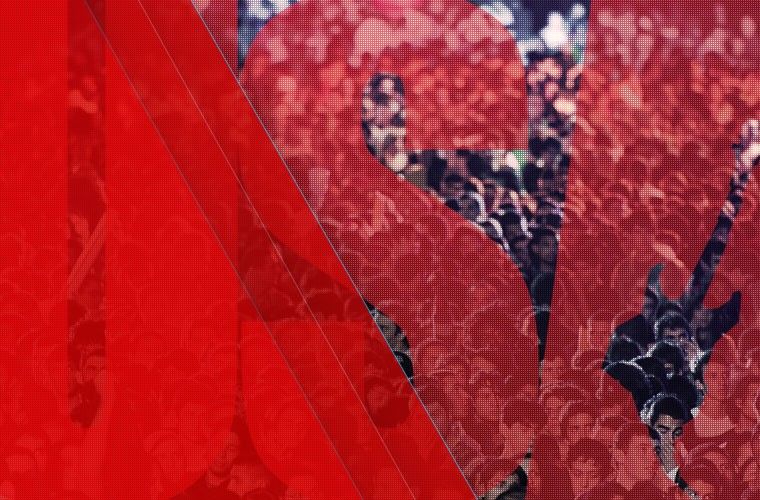 ROCK IN RIO ANNOUNCES ENTIRE LINEUP FOR ITS ELETRONIC STAGE

Rock in Rio, the legendary music festival celebrating its 30th anniversary worldwide, has announced the final lineup additions for its first stateside edition, taking place May 8-9, 15-16 in Las Vegas: Smallpools, performing on May 8, and Big Sean, performing on May 16, will both appear on the Main Stage. The festival also announced its complete Electronic Stage lineup that includes DJs from Rock in Rio’s previous host countries (Portugal, Brazil and Spain) along with some of the most talented DJs from the U.S.

Big Sean and Smallpools to Perform on the Main Stage
The last two names have been announced for the Main Stage lineup with Smallpools performing on May8 and Big Sean taking the stage on May 16.

Los Angeles-based foursome Smallpools consists of Sean Scanlon (vocals/keys), Mike Kamerman (guitar), Joe Intile (bass) and Beau Kuther (drums). Their self-titled debut EP was released this summer and gained them critical acclaim with their debut single “Dreaming” shooting to #1 on Hype Machine within its first 3 days and currently climbing the alternative radio charts. Smallpools are currently finishing their full length album, “Lovetap!,” which will be released on March 24.

Big Sean’s career exploded in the last four years since the release of his debut album. In addition to being recognized by GQ Magazine as 2012’s “Hottest Rookie” and picking up honors at the 2012 BET Awards for “Best New Artist,” Sean also received double GRAMMY Award nominations. His debut major label effort, “Finally Famous” (released June 2011) made an impressive debut at #3 on Soundscan, inaugurating Kanye West’s G.O.O.D. Music joint venture with Island Def Jam Music Group. Sean released his sophomore effort, “Hall of Fame,” in August 2013 to critical acclaim, with the album also reaching #3 on Soundscan.  With over 10 million records sold to date, he shows no signs of slowing down. His third album, “Dark Sky Paradise,” was released on February 28 and was led by his platinum hit “I.D.F.W.U.”

Electronic Stage: DJs From All Around The World
The Electronic Stage lineup is designed to highlight talent from all of the countries where Rock in Rio has been held (Brazil, Portugal and Spain) with some of the best DJs from each country joining talent from the U.S. during the four days of the festival. The lineup will also be reflective of the talent who will be playing at the Main and Sunset Stage of the festival each date, giving the audience a full musical experience.

The first weekend centers around EDM, Bass and Trap music and will feature Caked Up, the hyped Las Vegas duo, and LA producer/DJ Gaslamp Killer. On the first day, May 8, the Electronic Stage will include special guest AN21, who will bring its Swedish House Mafia influences to Vegas.  As for the second weekend, the first night will feature a 100% female, all-star, LA-based lineup: Whitney Fierce, Jeniluv, Valid and Heidi Lawden. The last night of the festival, May 16 will be focused on the global house music scene, featuring artists from the U.S., Brazil, Spain and Portugal – from San Franciso, deep dish duo member Behrouz; Brazil’s finest DJ Renato Ratier; from Spain, the talented Uner; and from Portugal, #1 DJ Vibe.

Rock in Rio USA: Complete Lineup
Rock in Rio will take over Las Vegas on May 8-9, 15-16. The first weekend, dedicated to rock music, will feature No Doubt, Metallica, Linkin Park, Maná, The Pretty Reckless, and Hollywood Undead on the Main Stage. Sunset Stage performers for the first weekend include Foster the People, Deftones, Sepultura (featuring Steve Vai), Gary Clark Jr, Bleachers, Coheed and Cambria, Saints of Valory, Smallpools and Of Mice & Men.

Performances on the Main Stage and Sunset Stage will alternate timing, allowing audiences to see every performance on the lineup.

The City of Rock in Las Vegas will also feature three Rock Streets – themed streets that will welcome attendees to experience an entirely new and exciting kind of music festival, and to enjoy the eclectic cultures of the U.S., the UK and Brazil.

Each street has 20 houses filled with shops and restaurants, along with a stage where bands and artists will perform throughout the day. Street artists and performers will also transform the street into their own stage, interacting and connecting with the audience in an intimate environment. Rock Street will open daily at 3 PM, with concerts and performances taking place until 1:30 AM when doors close.

The City of Rock, a permanent open-air concert venue, will be located on The Strip near the corner of Sahara Avenue and spread out over 37 acres.  With a capacity of 85,000 people per day, the venue will also include a ferris wheel and a 64 foot high zip line that stretches 600 feet across in front of the Main Stage, which is 262 feet long. The venue also includes a VIP area that can accommodate up to 4,000 people, featuring air conditioning, an all-inclusive buffet, an open bar (certain premium liquors available for additional purchase) and a unique view of the City of Rock.

Doors for the City of Rock open at 3pm and close at 1:30 AM; the Sunset Stage and the three Rock Streets start their performances at 3:30 PM and the Main Stage opens at 5:30 PM.

To secure your spot for Rock in Rio USA, visit rockinrio.com/tickets and choose your preferred section (General Admission or VIP), customers in the USA and Canada will have their wristbands shipped to them and international customers will pick-up their passes at will call. Wristbands will be shipped beginning in April 2015. Inside the venue, all purchases, concessions and merchandise, will be cashless using RFID wristband technology.

General Admission and VIP passes provide access to more than 10 hours of music and entertainment each day, as well as all attractions inside the venue. Re-entry is allowed – wristbands must be scanned upon exit at the gate in order to re-enter that same day. In addition to general venue access, VIP ticket buyers will also have access to the VIP area, an air-conditioned tent with an all-inclusive buffet and open bar (certain premium liquors available for additional purchase).

Rock in Rio USA Festival is open to All Ages; Children 16 and under are required to be accompanied by parent or guardian to enter the venue.