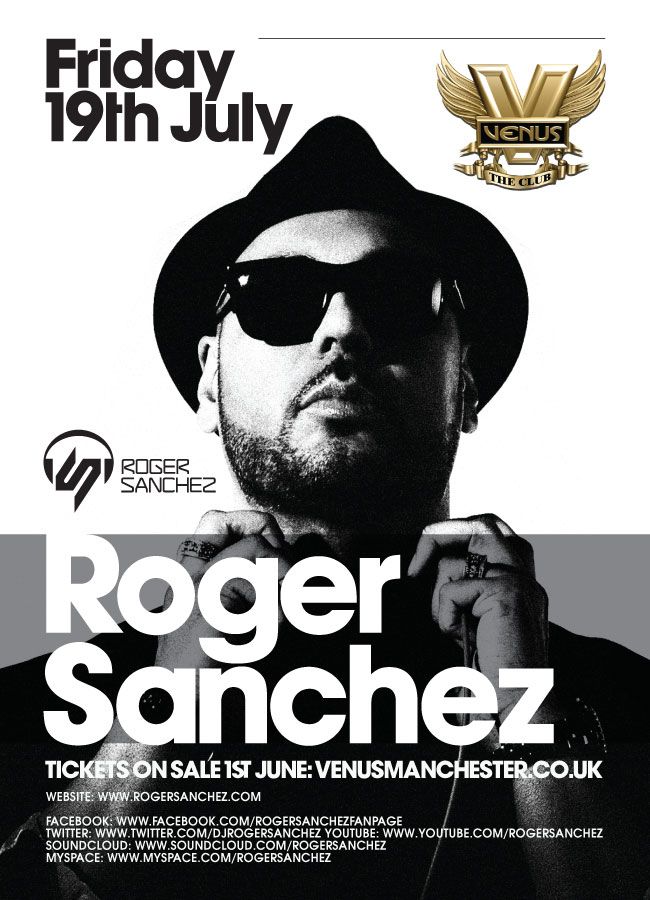 We are extremely proud to announce the most successful artist to date booked at Venus. Roger Sanchez will be gracing the decks on Friday 19th July alongside our Venus residents and the Dutch Rudder + more to be announced.

Grammy Award winning producer, remixer and DJ Roger Sanchez is one of the world’s foremost names in House music. Known as a “DJ’s DJ” and a “Producer’s producer,” Sanchez’ unwavering status as a top-global master of the genre is a testament to his robust belief in the power of music to liberate people, physically and mentally. Born to Dominican Parents in Queens, New York, Roger spent his younger years soaking up the musical influences that were the lifeblood of his home town.

EVENT INFORMATION
This event has been booked as a thank you for all our members and regulars support over the past 14 years. Tickets must only be purchased for members/regulars of Venus. We will not be overselling the venue so please ensure you pre-purchase tickets, keep up to date with this event on www.facebook.com/venus.manchester