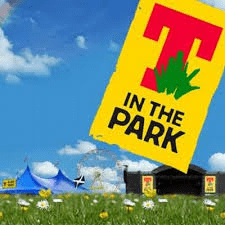 T in the Park festival organisers DF Concerts and founding partner Tennent’s Lager are hugely excited to announce that Rogue Orchestra will be joining this year’s T in the Park line-up to perform classical versions of some of David Bowie’s best loved songs, finishing up with a Prince medley.

Opening the Main Stage on Sunday 10th July, Rogue Orchestra will honour the two great legends that music lost this year. Fans can look forward to some of Scotland’s most talented classical musicians, sunshine, a chilled pint of Tennent’s Lager and a delicious snack from Taste-T – a great start to the final day of the festival!

David Bowie was due to headline T in the Park in 2004 but sadly had to bow out due to an injury. Festival Director Geoff Ellis had enquired about booking David Bowie each year for the festival hence felt that a tribute was the right thing to do with the inspiration coming from the performance of Life on Mars by an organist at Kelvingrove which was sent to Geoff by a friend. This year will see Rogue Orchestra bring their own unique take on the classics from David Bowie and Prince to create an unforgettable performance that fans will love.

Year on year T in the Park bring different arts and culture to the festival. In the past the Scottish Opera, Nicola Benedetti and Red Hot Chili Pipers have all performed at T in the Park and this year fans can now look forward to Rogue Orchestra’s unique tribute to two great legends, David Bowie and Prince.

They join already announced artists The Stone Roses, Calvin Harris, Red Hot Chili Peppers, Disclosure, Courteeners, The 1975, Chase & Status, Catfish and the Bottlemen, Jess Glynne and many, many more at this year’s T in the Park at Strathallan Castle over 8th – 10th July 2016.