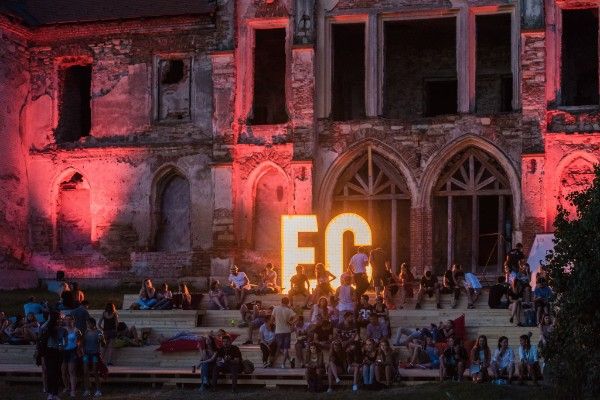 Electric Castle celebrates it’s fifth anniversary with a plethora of world renowned acts, taking place from July 12-16th 2017. This first announcement consists of Alt-J who are set to headline and joins the bill alongside Moderat, Nero, Noisia, Dixon, DJ Sneak, Crazy P Soundsystem, Ame Live, Architects and more. Spanning across seven stages Electric Castle will see over 130,000 flock to the iconic `Versailles of Transylvania’ to take advantage of the music, a huge food offering, barber shop, yoga classes, cinema, fashion corner and much more. Guests will be entertained from day to night and back again with one of Europe's few truly 24 hour festivals. This year features an affordable six instalment payment option with first release ticket options starting at only £60. Further info can be found via the Electric Castle website.

Electric Castle takes place at the legendary `Versailles of Transylvania`, the name given to the 15th Century Banffy Castle in Bontida which walls surround the festival site. Proceeds from the festival are used year after year to help restore the castle to its former glory – and the castle itself is a main protagonist of this year’s event, with guided tours, but also a spectacular live 3D projection on its walls!

A unique and mind-blowing experience, the festival shakes up the way people interact with music by combining a visually innovative production with an eclectic musical line-up. During the day, can take advantage of a host of activities including a tech park with presentations of latest gadgets in the areas of virtual reality, Internet-of-Things and gaming area. 3D projections feature throughout the festival to transform the area into a futuristic landscape.

Alt-J will headline the main stage for 2017, the Leeds art-rockers who won the Mercury Prize on their first try with the 2012 debut album An Awesome Wave will bring their unmissable sound to the scores of Romanian fans. Electronic three piece and Berlin residents Moderat will bring their techno influenced electronic beats while Noisia will perform tracks from their new album Outer Edges. Also announced are Nero, Architects, Dixon and house gangster DJ Sneak. Ame Live will bring his live show to perform alongside A-Trak, Axel Thesleff, Metrik, Etherwood, Soom T and Crazy P Soundsystem.

For 2017 all the camping facilities will be enhanced for a better all round camping experience. Beyond bringing a tent festival-goers can choose from three extra options including pre-pitched tents, dream tents and swedish lodges (wood cabins for 4). Returning bigger and better than ever the festival will also grow with two ‘big top’ covered tents.

This year sees the setup of a six equal instalment payment plan, breaking down the already affordable first release tickets of £60 to an inexpensive monthly price of around £10. Starting from December 21st 2016 through to May 15th 2017 festival tickets and camping options will be charged automatically to a debit/credit card of choosing. Further info can be found via the Electric Castle website.