RÖYKSOPP – I Had This Thing (Andre Bratten Remix) 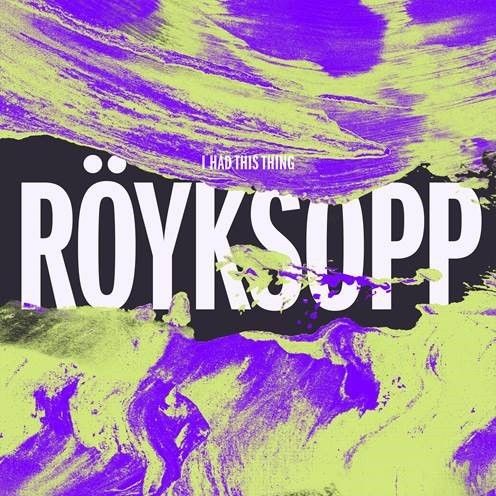 RÖYKSOPP – I Had This Thing (Andre Bratten Remix)

Röyksopp ended 2014 with a string of international Grammy nominations having released two critically acclaimed albums in one year; their fifth and final album ‘The Inevitable End’ and their mini album with fellow Scandinavian legend Robyn ‘Do It Again’.

Röyksopp will release new single ‘I Had This Thing’, taken from ‘The Inevitable End’ on April 3rd 2015, through Dog Triumph via Wall Of Sound and Cooking Vinyl.

The battle between reason and desire is a theme that runs throughout ‘The Inevitable End’ and ‘I Had This Thing’ sums it up perfectly. Röyksopp delicately weave the deliriously sad vocals sung by Jamie Irrepressible, “I still don’t know just what I’ve done” and the emotional final mantra of “I never meant to let you go”, around a cavalcade of electronic textures that descends around him. ‘I Had This Thing’ is another fully realised electronic symphony from a pair of production geniuses constantly looking to innovate.

Following the success of the Maceo Plex remix of ‘Sordid Affair’ that was #1 on Hype Machine, Röyksopp present an impressive line up of remixers for ‘I Had This Thing’. Artists include Dutch born Joris Voorn whose recent album ‘Nobody Knows’ was named Billboard’s Electronic Album of the Year, dark disco Norwegian Andre Bratten, production trio Kraak & Smaak, Will.i.am collaborator Wolfgang Gartner, as well as The Presets, Sebastien and Röyksopp vocalist on ‘Sordid Affair’, Man Without Country.