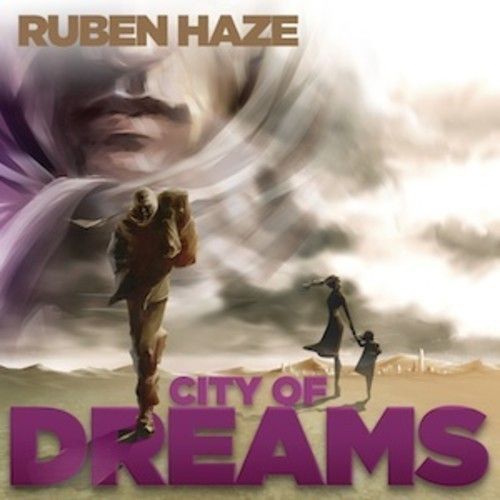 Ruben Haze is essentially a fabricated character, sketched out as a passion venture from the creative minds of Australian producer Dirty South, aka Dragan Roganovic and vocalist Rudy Sandapa (Let It Go/Phazing).

The Lead track ‘CITY OF DREAMS’ has been pendulously biding its time as a teaser demo, gaining positive nods from the likes of NME, DJ MAG and WONDERLAND, and is most well-known in it’s previous form as the similarly titled #1 club-record by Dirty South and Alesso.

The anticipated full-length EP is a live orientated band project with each track seething with gently building string elements alongside ethereal vocals and infectious melodies.

“We wanted to give ourselves a platform to put out music for years. Music for the ages. Ruben Haze gives us a chance to do that and throughout the past year Ruben Haze has truly taken on a life of his own”

The enigmatic collective are as visually stimulating as they are to hear. Opting to be represented by beautifully executed artwork, the preferential ‘mature’ comic book illustrations enhance the audio wholly and will be released alongside the EP with the PDF booklet of the comic being available via iBook for free.

The carefully chosen tracks include ‘City Of Dreams’, ‘Phoenix’, ‘Johnny Rocket Man’ and a collaborative effort with commercial dance phenomenon Example on ‘One Way Ticket’.