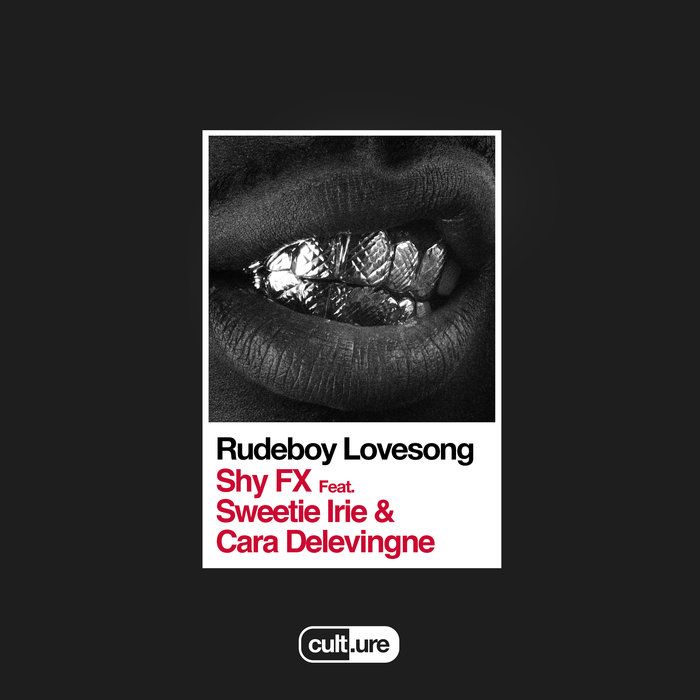 “It’s been incredible collaborating with Sweetie and Cara on this record. The goal was to create something unpredictable and non obvious which is a persistent theme on the SoundTape. Doing a video with a dystopian feel also fits that theme and was something I’ve wanted to do for a while. Big up Felix Brady the director who really delivered for us." – Shy FX

Directed by Felix Brady and shot in London, the accompanying music video for Rudeboy Love Song features Ben Cawley and Cara Delevingne trapped and disorientated in a dystopian world.

Debuted on Radio 1Xtra last night by DJ Target, Rudeboy Lovesong is lifted from Shy’s forthcoming long player project, Raggamuffin SoundTape, due for release on 15th March and available to pre-order now. It follows Shy’s Roll The Dice featuring Stamina MC and Lily Allen, which has been receiving heavy rotation on Radio 1 since its release in November last year.

Featuring a broad spectrum of both established and upcoming artists – including Lily Allen, Cara Delevingne, Maverick Sabre, Chronixx, Kojey Radical (to name but a few) – Raggamuffin SoundTape flawlessly switches through Hip Hop, R ‘n’ B, Dancehall, Breakbeat and Jungle to form an eclectic soundscapethat melds together seamlessly into a satisfying whole. It is the the first long player Shy FX has made that he feels truly represents him as an artist:

“Everything fits together – its tight, it feels like one piece. The 15-year-old me would be overly gassed by this record – I wouldn’t have been able to imagine making all these genres, all these styles… And now I’m able to put it under the same name and it makes sense to people.” – Shy FX

To celebrate the release of Raggamuffin Soundtape, Shy FX will be hosting a one off cul.ture night at Night Tales (London) on 15th March. Tickets will be available to purchase from Friday 1st March from https://dice.fm/artist/shy-fx  with presales available from Wednesday 27th February.

RUDEBOY LOVESONG IS AVAILABLE ACROSS ALL PLATFORMS NOW: