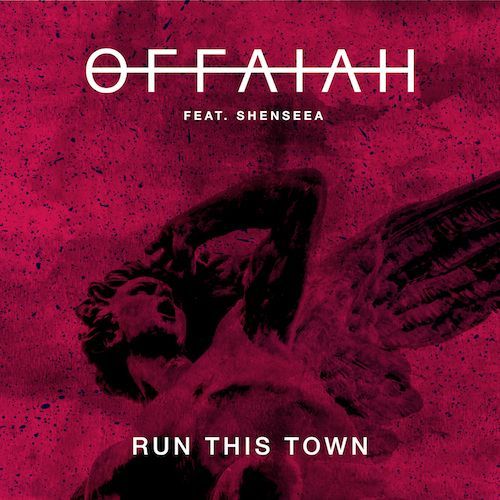 Enigmatic producer OFFAIAH returns to the fold with his latest Summer banger, ‘Run This Town’enlisting Jamaican dancehall favourite Shenseea to provide the addictive vocal that is sure to ignite dancefloors across the globe. ‘Run This Town’ entices from the start leading with a piano heavy melody and an infectious flute hook, cementing it as another bonafide floor-filler for the anonymous producer.

OFFAIAH is currently putting the finishing touches to his new material whilst spending much of his time flitting between the east and west coast of the US. ‘Run This Town’ sees the enigmatic producer collaborate with Shenseea who’s dancehall smash ‘Loodi’ featuring Vybez Cartel soon went viralclocking up millions of views within the first week.

OFFAIAH rose to prominence last year, releasing his definitive debut ‘Trouble’, the track tore up dancefloors across the world from Ibiza to London to Miami to Cape Town with exceptional momentum.  But the record’s success was not confined to nightclub walls – ‘Trouble’ went on to pick up more than 25 million streams and became the 10th most played record on Radio 1 in 2016 with support from the likes of Annie Mac, Danny Howard, Pete Tong, Huw Stephens, Grimmy, Clara Amfo and Greg James.

‘Run This Town’ follows the addictive instrumental ‘Run’, which has racked up over 2.5m Spotify streams and launched as Mistajam’s Hottest Record. ‘Run This Town’ is set to be another dancefloor hit for this summer.