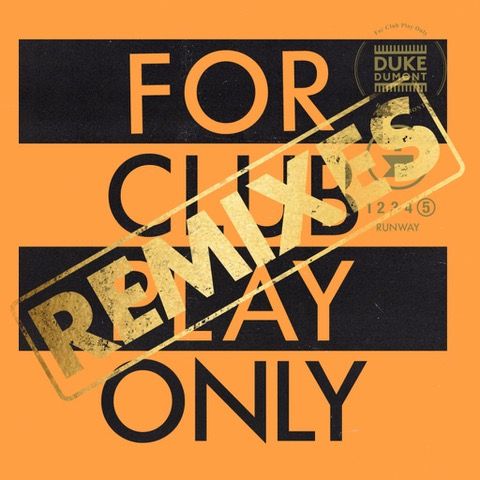 With MikeQ blessing his rework with a thumping bassline, and high-energy synth stabs, the ZDS remix adopts a deeper interpretation, using the classic samples from Robbie Tronco’s ‘Runway as a House’ and ‘Walk 4 Me’.

Already widely supported by a range of the biggest names in the electronic world, including Oliver Heldens, who played the record on his Heldeep Radio show, ‘Runway’ follows Duke’s previous single ‘Inhale’, and massive 2017 Gorgon City collaboration ‘Real Life’ – a soundtrack to the Ibiza summer season.

Marking the 5th release in Duke’s ‘For Club Play Only’ series, a range of tracks focusing on delivering huge club-ready floorfillers across the globe, the original of‘Runway’ serves as the latest in a huge back-catalogue of popular release for Duke Dumont, who has amassed over 1 billion combined streams to date.

Scoring huge success with his platinum-selling UK number #1 singles  ‘Need U (100%)’ and ‘I Got U’, the global superstar enjoyed another big summer of live shows in 2018, playing Creamfields, and a number of Ibiza shows, including appearances at Pacha’s ‘Paris By Night’ and ‘Tuesdays on Mars’ residencies.