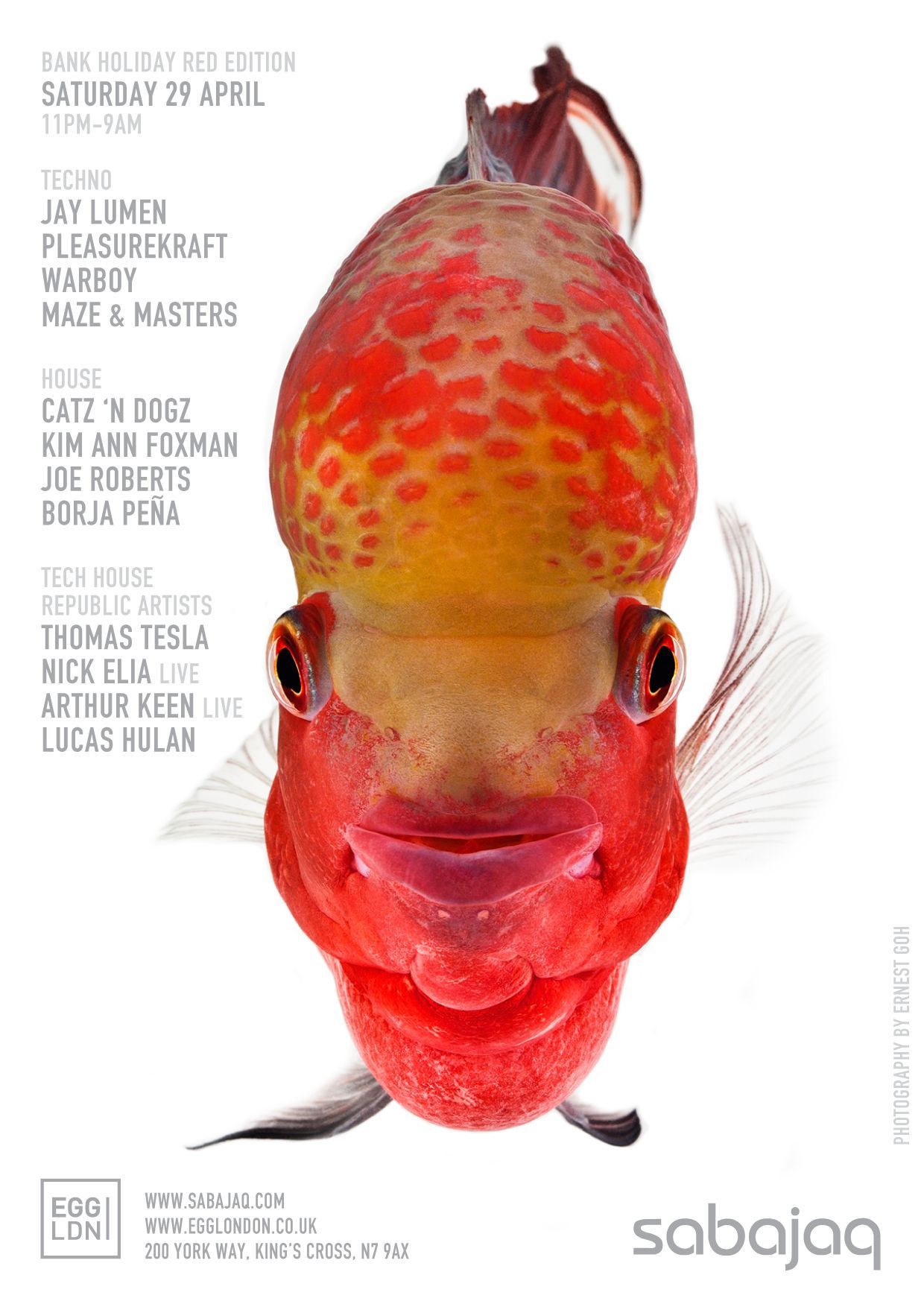 Launching his acclaimed 'Lost Tales' long-player last time he was at Egg, Hungary's Jay Lumen returns to headline the techno Room with a remix version of the album featuring recharged bombs from the likes of Sasha Carassi and Harvey McKay. Already in the Top Five of Beatport's Techno Chart it underlines his claim to be one of the sound's current hot properties, a new original track, 'Revolution (The 12th Tale)', adding to his collection of tough techno tools.

Another returning guest, Pleasurekraft have also been revisiting past glories, Carl Cox premiering their '7 Year Itch' rework of 'Tarantula', the distinctive, trail-blazing track that shot the duo to fame in 2010. Released on their own Kraftek label, it follows the recent trippy, cosmically-minded 'Maskara' EP and continues a run of form started by the inclusion of 'Dopefied' on Drumcode's 'A-Sides Volume 5' last year.

Heading up the house room, Polish duo Catz 'N Dogz rose to fame as part of Claude VonStroke's Dirtybird, after he picked up their remix of his classic 'Who's Afraid of Detroit?' (under their previous name Three Channels). Since then Greg and Voitek have emerged in their own right, launching their Pets Recordings imprint, which introduced Eats Everything to the world, and most recently mixing 'Watergate 22' which highlights their eclectic sound stretching from classic and tech house to bleepy electro and emotive techno.

Rising to prominence as a vocalist for Hercules & Love Affair, Brooklyn-based Kim Ann Foxman has grown into one of NYC's most well known and talented artists. Still incorporating her voice into her own productions, which take in elements of acid, breakbeats and electro as well as classic house sounds, she runs her own Firehouse Records and is a regular at Panorama Bar and NYC's Output.

She's joined by Borja Peña, one half of The Cucarachas whose club ready sound has appeared on Tribal and Defected, and Sabajaq resident, Joe Roberts, one half of Local Group whose debut EP dropped on New York label Get Up! Recordings last year.