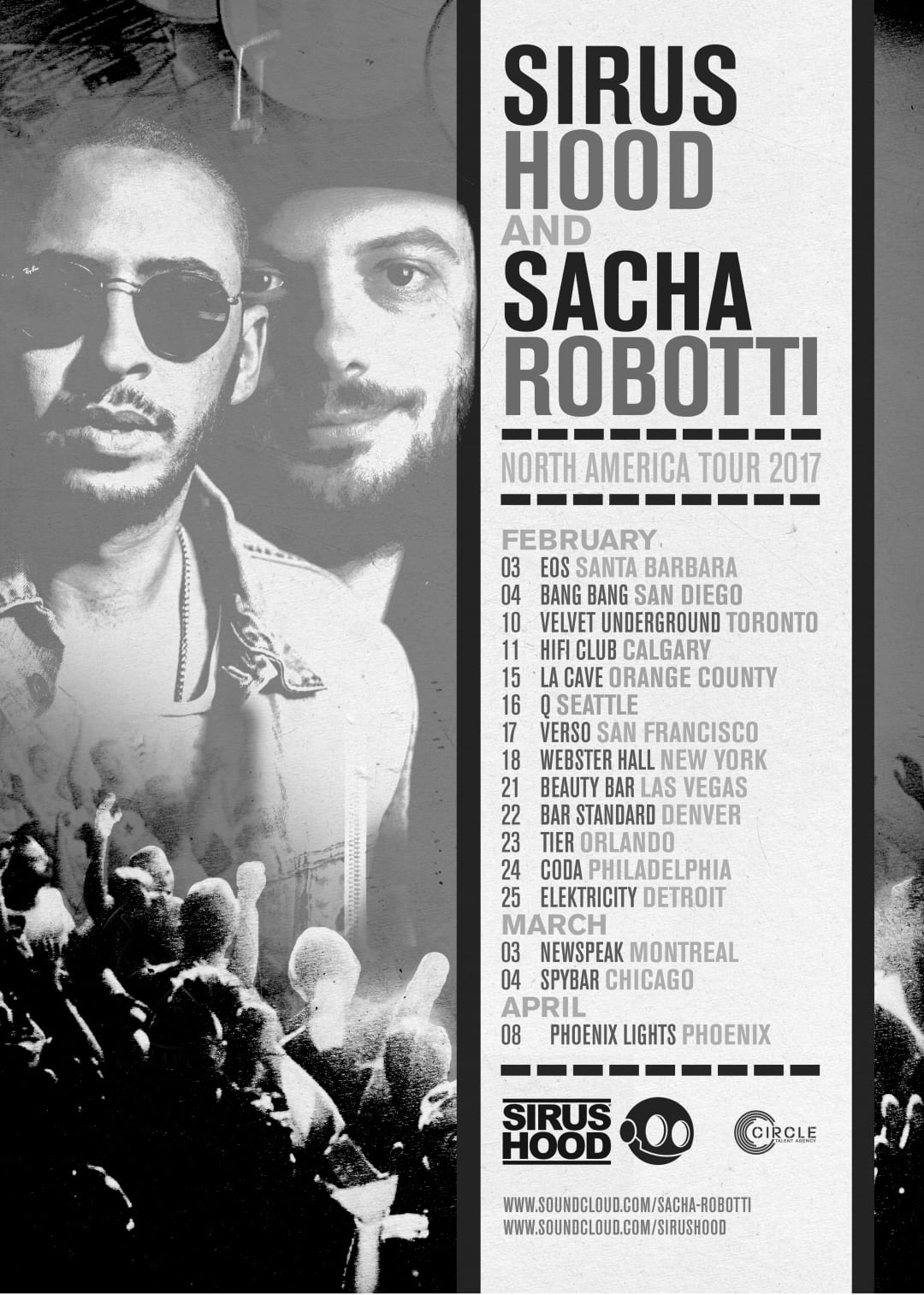 Both integral components of the international house music circuit, Sirus Hood and Sacha Robotti have experienced meteoric rises cementing themselves as two of the most talented names in electronic music. Driving forward from a momentous 2016 which saw both artists release a string of remarkable releases on the industry’s most sought after labels coupled with performing at some the worlds greatest clubs, Sirus Hood and Sacha Robotti proudly announce their forthcoming North American tour.

Gaining international recognition for his unique blend of infectious basslines, Sirus Hood’s productions have spanned across key labels such as CUFF along with quickly catching the eye Dirtybird boss Claude VonStroke. With his roots firmly embedded in the Parisian underground music scene, Sirus has exported his sound to the global club circuit holding residencies in London, Ibiza and Paris gaining a legion of support from leading industry figures. With the year just beginning and the tour in sight, Sirus Hood’s arrival in America is sure to bring the same sound and energy that has turned so many heads throughout 2016.

"I'm really looking forward to coming back to tour the states with my friend Sacha Robotti. It will be great to play the new records I've been making and see the crowds out there. It's gonna be fun!!" – Sirus Hood

With a constantly evolving sound and catalogue of seminal releases, summer 2016 saw Sacha grace the stage at iconic American festivals including CRSSD Festival, Coachella Valley Music & Arts Festival, Lightning In A Bottle Festival and Burning Man. A name that’s on the lips of house music fans far and wide, this February Sacha is sure to showcase his undeniable talent as one of dance music’s hottest properties.

"I can't wait to tour the States again! Sirus is a dope DJ and fun travel partner as well so we're going to enjoy this a lot. See you on the dance floor!" – Sacha Robotti

With the tour commencing on February 3rd, EOS in Santa Barbara will be the first destination for the duo coming straight off the back of sold out shows at Sankeys in Manchester and the BPM festival. Throughout the rest of February, Sirus and Sacha’s remarkable fusion of house and techno will descend throughout North America’s most sought after venues including Velvet Underground Toronto, Tier Orlando, Webster Hall New York, Q Seattle with the tour drawing to a close on April 8th at Phoenix Lights, Phoenix.