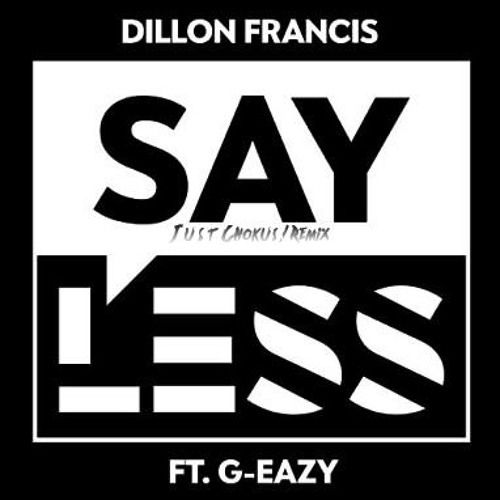 After a strong year creating a number of big original productions, such as the newly released ‘Temple of Hate’, JustChokus! are back on remix duties. As they have so effortlessly done before, they have added an entirely new dimension to the track they’ve remixed and Say Less is a raucous expedition through the brains of the exciting electronic duo.

Innovation and exploration takes their remix of Dillon Francis and G-Eazy’s original track on to untraded ground. Their combination of abrasive, angry synths straight out of the UK’s Jump Up scene and the killer vocals from the original is truly masterful. Tied together with potent, killer drum patterns this track is another example of the inimitable sound the New Dehli based duo are bringing to the Dance music scene.

Inspired by the likes of Diplo and Skrillex, they have a passion for EDM and dream of playing their music to huge audiences all over the globe. You can hear the influences of these giants in their work, but they match every ounce of inspiration with an ounce of innovation and that’s what makes these guys so special.

Alongside their productions, they are also DJ’s and love playing their productions out to crowds all over. With some big shows already under their belt and massive productions aplenty, you can be sure you’ll be hearing a lot more from these guys in the future and 2018 looks to be the catalyst year for their progression.