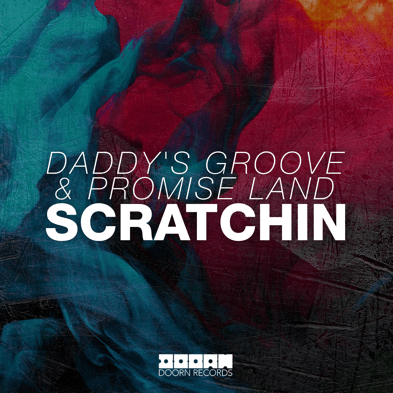 Hailing from Naples, Italy, it's been an impressive trail to international fame for Carlo Grieco and Peppe Folliero, who together form Daddy’s Groove. Since day one their productions were picked up by major artists, followed by endlessly touring the globe, getting their records released on labels like Spinnin' Records, Ultra, Dim Mak, Axtone and Size, while remixing artists like Kylie Minogue, Whitney Houston, James Blunt and Enrique Iglesias. By now Daddy's Groove is renowned on both sides of the musical spectrum, known for its blend of catchy pop and energetic dance music like ‘Stellar’, ‘Surrender’, ‘WOW!’, ‘Back To 94’ and ‘Tribe’.

Daddy’s Groove now join forces with fellow Italian duo Promise Land, who are Nazario Pelusi and Fabio Ranucci from Rome. "It's always great fun making music with talented producers like Promise Land, you always get involved in something magic, also due to our longtime friendship!", explains Daddy’s Groove.

Promise Land boast many quality productions, with great success on the radio. They have been key players in the Italian radio scene with more than 40 productions in 10 years’ time, with half of it published worldwide. In the last couple of years their musical creativity has overcome the European scene to gain success in the American market. Their talent is based on a sound sexy-house mixed with groove progressive, that reached the attention of names like Tiesto, Angello, Axwell and Morillo, just to name a view. Releases on Subliminal records, Spinnin’ records, Flamingo and Size have granted a rating of high level in the world’s ranking. One of their biggest success is the remix for Swedish House Mafia ‘Don't you worry child’, loved by their fans all over the world.

Promise Land says: "Working on this tune with Daddy’s Groove has been such an exciting experience as we are close friends and that studio session had kind of magic due to overall feeling among the four of us. ‘Skratchin’ is such as a “solid stone” in our music career. Really glad to share it with them. I hope the fans enjoy it!”