Underworld - Second Toughest In The Infants 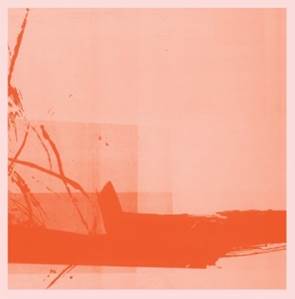 Underworld - Second Toughest In The Infants

Originally released in March 1996, Second Toughest In The Infants is Underworld’s masterpiece. Following 1994’s groundbreaking predecessor dubnobasswithmyheadman (the record that cemented the band’s reputation as one of the UK’s most important dance acts), Second Toughest… was the point they forged out alone, in turn creating some of the most forward thinking electronic music this country has ever produced. This reissue sees the album remastered for the first time for a series of special editions that collects together for the first time rare singles, remixes and unreleased studio and live tracks.

Second Toughest… is the perfect hybrid of man and machine. It’s a record that crackles with the frantic energy of pirate stations half tuned on FM dials; one that strolls through grimy cities at night and ducks between dog tracks and neon-lit all-night stores. Lyrically, it’s voyeurism from the molten core of the dancefloor – a place where fragments of overheard conversations are hand spliced to fizzling, sparking rhythm tracks to create a strange, dizzying, inimitable form of music.

Although informed by the nascent drum’n’bass scene, minimalist composition and the European techno underground, Second Toughest… only ends up sounding like Underworld. It’s a truly unique album – the sound of Rick Smith, Karl Hyde and Darren Emerson working at the height of their powers, utterly unaffected by the prevailing trends of the time and creating properly peerless music.

Described as a ‘modern classic’ by Mojo, the album was awarded full marks in Select, The Face and Muzik (R.I.P.), given a near perfect scores in NME, Q and Mixmag and nominated for the Mercury Prize and several Brit Awards. The album charted at No 9 and produced one Top 30 single (Pearl’s Girl). In the year of Second Toughest…’s release, Underworld reissued 1995’s Born Slippy (Nuxx) on the back of the massively successful film adaptation of Irvine Welsh’s Trainspotting. That single sold over a million copies in the UK, spent 41 weeks on the charts after peaking at No 2 and would go on to be voted Single of the Year in the NME and Melody Maker.

As with dubnobasswithmyheadman, the reissue of Second Toughest In The Infants sees the original album remastered for the first time (at Abbey Road). The extra discs feature non-album singles, B-sides and remixes from the time as well as a selection of previously unreleased tracks that provide a fascinating insight into the creative process around the record. The fourth disc on the super-deluxe version features the seven unreleased recordings that map out the genesis of Born Slippy (Nuxx). They take the iconic track from earliest embryonic studio version through to a final extended mix via several previously unheard live versions from 1994.

Formats and tracklistings of the Second Toughest In The Infants reissues are:

Standard CD and vinyl feature the original eight-track album only.