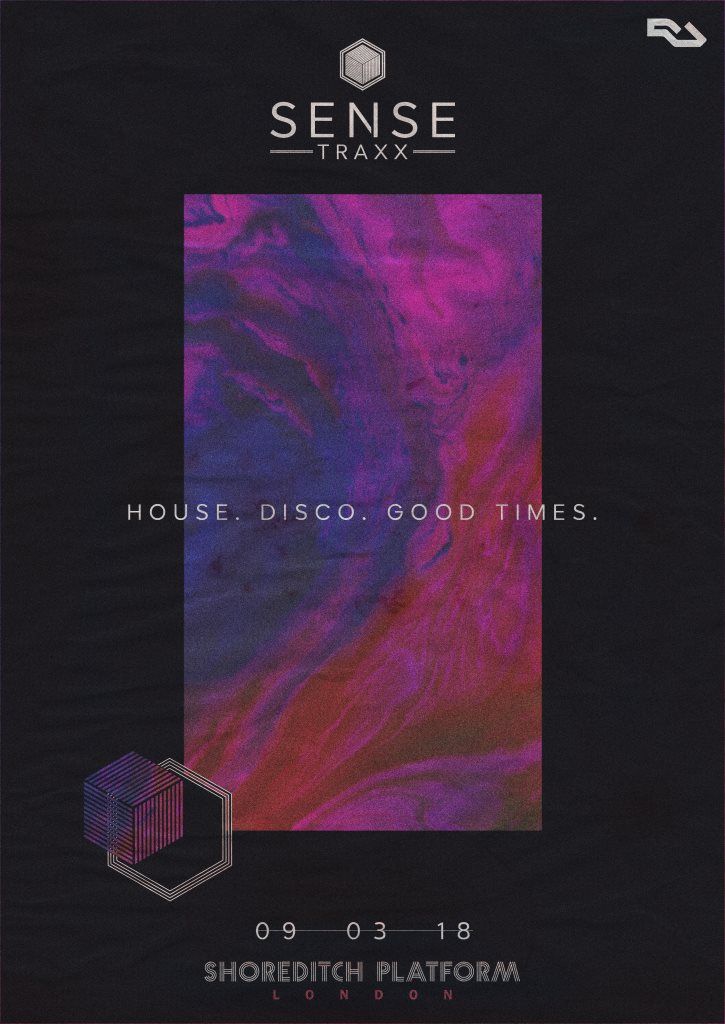 From humble beginnings as an annual house party in Southend, to hosting names like Josh Butler, Sidney Charles, Jonas Rathsman and Franky Rizardo, Sense Traxx has become one of the most talked-about brands in house music and on 9th March, they will make their first foray into London as they take over Shoreditch Platform.

Pushing a forward-thinking blend of house, disco and techno, the party will be a residents-only affair with Kalyde, Simon Shaw and Tom Jay spinning only the finest cuts to keep you grooving to the early hours. With acclaimed releases on label like Toolroom, Elrow and MadTech, Kalyde has quickly established himself as one of the scene’s most exciting players – expect him to be delivering an inimitable blend of groovy tech and house flavoured with acid and everything in between.

Next up, Simon Shaw has released on Defected, Madhouse and MadTech, has played alongside the likes of Mark Knight, Roger Sanchez and Doorly, and knows a 4/4 beat like the back of his hand. Last but not least, Tom Jay is the mind behind the Sense Traxx image and has been one of the party’s main residents since day one. With releases on Simma Black, Sense Traxx and Nothing But, expect straight-up house music that has every head bobbing.

Expect eye-popping production and visuals on the night, and a party vibe that has been perfected through six years of Sense Traxx parties in places like Ibiza, Luxemburg & Switzerland. With names like Annie Mac, Danny Howard, Eats Everything, Sidney Charles, Roger Sanchez, Nicole Moudaber amongst other tastemakers within the House, Techno and Disco spectrum all supporting the label’s releases, you can expect to hear premium cuts all night long.

Tickets are only a fiver, so what are you waiting for? You know this makes Sense.