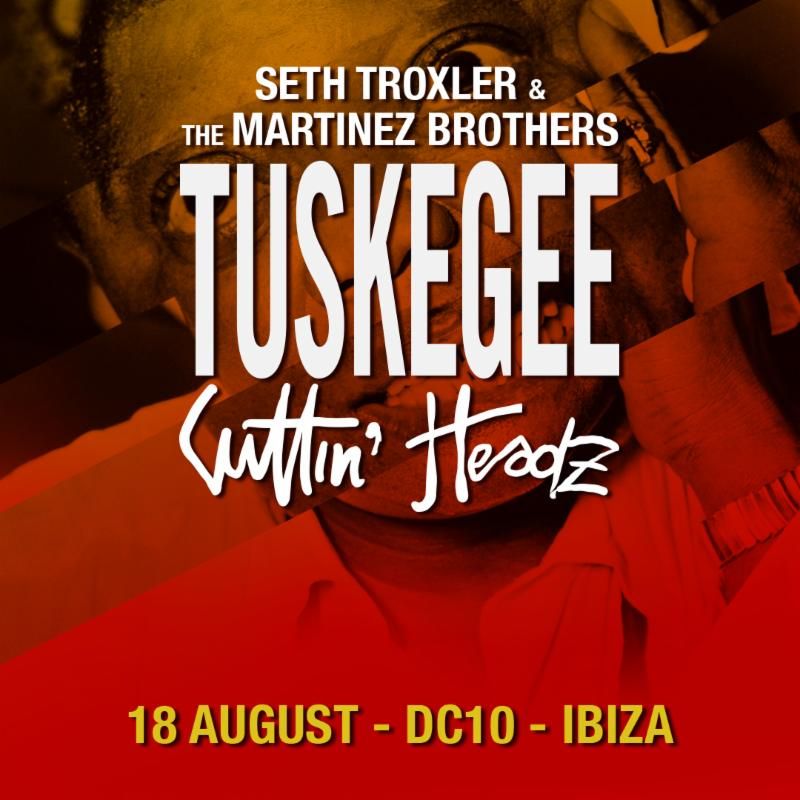 Seth Troxler and The Martinez Brothers are bringing Tuskegee to DC-10 for a very special, one-off showcase on Friday 18th August . The event will be in conjunction with The Martinez Brother's Cuttin' Headz label,  and will feature unmissable sets from the trio, plus many more to be revealed on Monday 3rd July.

Tuskegee was formed after the three met in DC-10, forging a strong relationship and bonding over their urban-American cultural influences. They have since pushed the boundaries of what's acceptable to play in contemporary Europe, giving a platform for the same sound found in the hedonistic clubbing environments of the Paradise Garage and early Detroit techno scenes.

DC-10's championing of quality underground electronic music has solidified its historical status within dance music culture. Since its opening in 1999 DC-10 has remained the most prevalent Balearic  example of unadulterated, no-nonsense clubbing, totally inline with what Tuskegee will bring on August 18th.

This will be Tuskegee's biggest and most impressive show on the island to date.