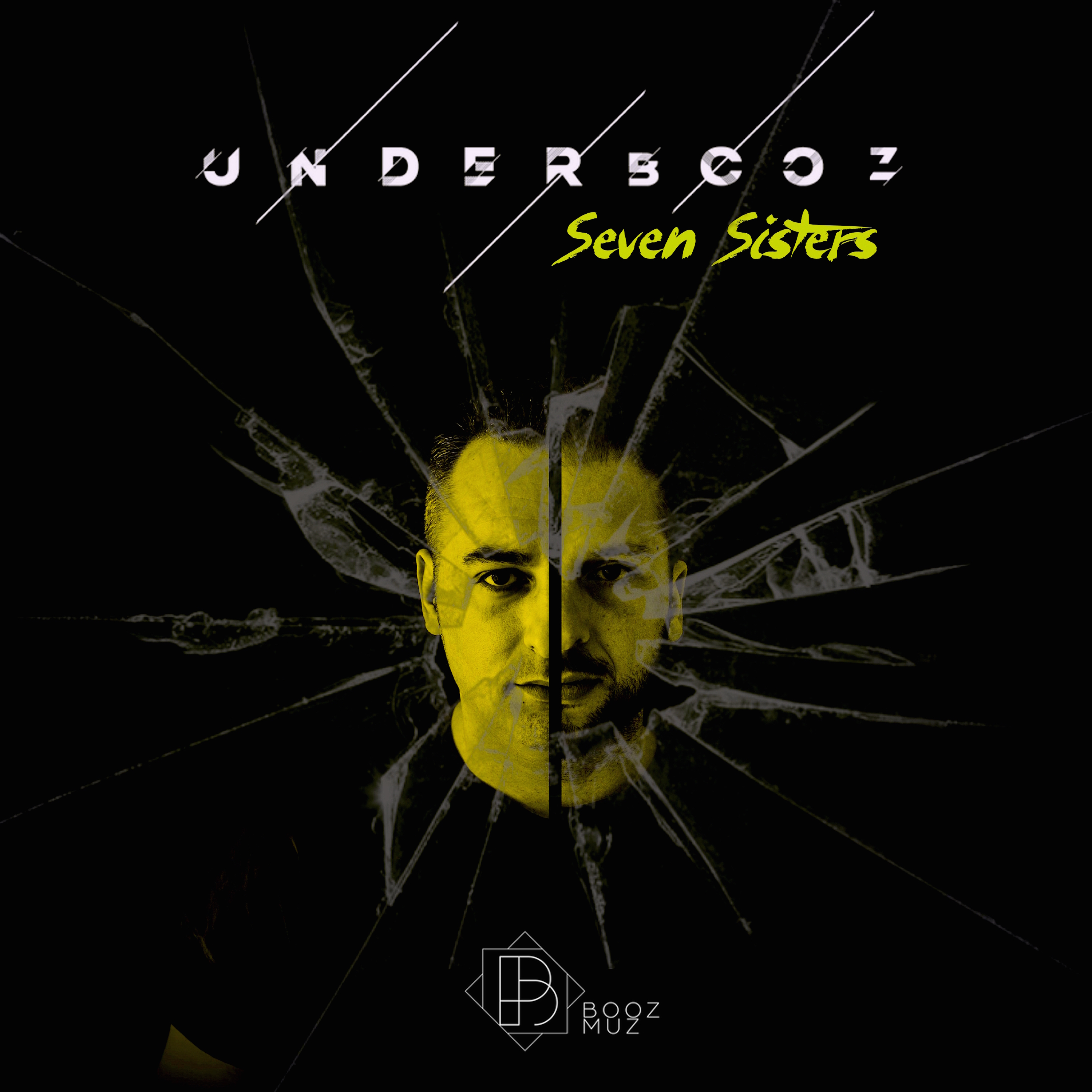 “Seven Sisters” is the third episode of Underbooz’s saga dedicated to the magic number 7.

As the name suggests, this new release on Booz Muz is dedicated to the Seven Sisters of the Greek myth, the Pleiades.

Born on the Mount Cyllene from the union between the titan Atlas and the sea-nimph Pleione, the Seven Sisters played an important role in the Greek mythology, engaging relations with several of the most prominent gods, and being translated to the night sky as the homonymous famous star clusters.

The album opens with “Celaeno”, with its distorted synths flowing over a dark and pulsating beat. Next one is “Alcyone”, the leader of the sever sisters. When they became stars, she had the duty of leading the sailors. The Barcelona duo translated her figure into a progressive trip accompanied by dreamy FXs, to lead your dj sets through the darkest hours of the night.

“Sterope” is one of the most lively track in the album, with a sparkling arpeggio and an energetic bass, perfectly matching with “Maia”, that the ancient Romans associated to the concept of “growth”. In fact this tracks builds constantly with an huge groove and some arpeggio fragments, until it reaches an epic break.

“Merope” is the faintest star of the cluster, because she was the only one among the sisters to marry a mortal, Sisyphus, king of the island of Chios. Underbooz homage her with an energetic and groovy track, that will shine fiercely on the dancefloor.

“Taygete” was the mistress of the animals, and when Zeus pursued her, she invoked the protection of Artemis, who turned here in a doe with golden horns. The artists dedicate he a precious track , characterized by a melancholic synth stab evolving during the whole track.

Last one is “Electra”, she was the mother of Dardanus, founder of Troy. She was turned into a star to avoid seeing the city’s destruction. Her’s one of the most melodic tracks in the album, deep and melancholic, to evocate the goddes’ disperation for the fall of Troy.

Enjoy and stay tuned for the next episode of the Underbooz’s saga!