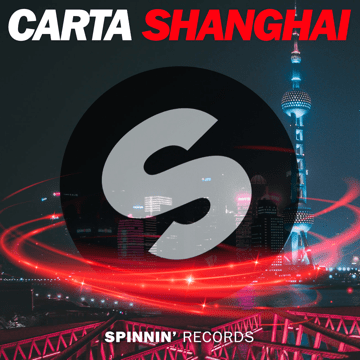 With his young age, Carta is returning with an epic new track. This time with a tribute to the city where he had his breakthrough, where he gained respect from other big shots and tore down all the big venues. ‘Shanghai’ is the result of Carta already reaching a bigger audience in a short period of time. Let the intense strings take you through the journey of this highly energetic tune!

He only signed an exclusive deal with Spinnin’ Records and MusicAllStars management earlier this year after being picked up while blossoming onto the Chinese DJ scene. The young and talented DJ and producer Carta is now succesfully establishing his name in the rest of the world.

His first official release ‘Fearless’ peaked at #13 on Beatport’s Electro House chart, with the follow-up release 'Th3 0ne' peaking at #3 on the Progressive House chart as well.

Today Carta is back with a tribute to the city which means so much to him and his career.
‘Shanghai’ is out now on Spinnin’ Records.

“The sound for 'Shanghai' was designed to reflect something undeniably Chinese, but in a more subtle way. I played around with incorporating Chinese instruments and traditional Chinese melodic riffs, but everything came off too forced.”, explains the young Chinese talent. “Ultimately, the melody of 'Shanghai's was inspired by an old classic Chinese children's song. While never explicitly stated (till now, NEWSFLASH!), some Chinese fans have managed to pick up on it!”, Carta continues with a smile.

‘Shanghai’ holds an amazing video with a concept about exploring contrasts. “We tried to portray contrasting sides of Shanghai, like Shanghai's old architectural base surrounded by towering skyscrapers, the endless new Mcdonalds/Starbucks stores right next door to dumpling houses, Chinese senior citizens practicing taichi while foreigners jog by, and lastly the contrast between ME as the person and ME as the artist. With how fast everyhing has moved, it’s sometimes a bit much trying to handle two personas, and I wanted to showcase a bit of that.” Carta explains about the video.