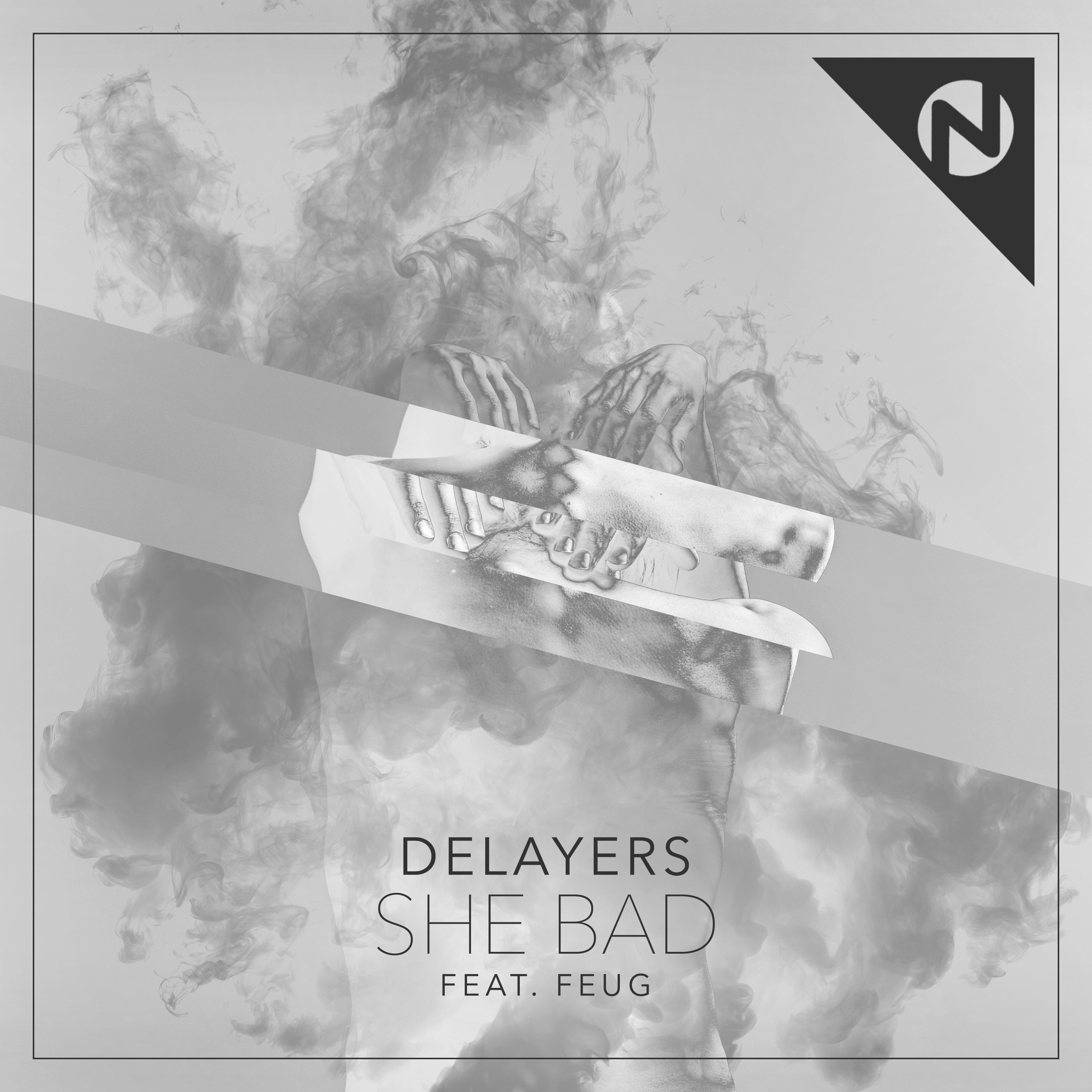 After the huge success of their recent 'Let it Go / She Bad' EP, Delayers return with their stunning vocal version of 'She Bad'. Originally released as an instrumental, Delayers have reworked and re-mastered the already stellar original adding a high-energy topline from New York talent, Fueg. Out on Italian imprint, Nameless Records, 'She Bad' ft. Fueg is available to purchase now via all digital retailers.

Originally released as an instrumental, 'She Bad' gained speedy support thanks to its feature on the Official Trailer for Nameless Music Festival. A masterful fusion of electro house complexity and big room energy, 'She Bad' has now been reworked and re-edited to feature an enthusiastic topline from Fueg, an emerging artist hailing from Newburgh, NY, known for his cutting-edge mix of hip hop, R&B and soul. With an unusual combination of piano synths, break beats and hard-hitting bass, Delayers had already created a forward thinking piece of electronic music. Now, with the addition of Fueg's distinguished voice, a rare addition of a male vocalist on an electronic dance track, Delayers have ensured that 'She Bad' furthers their innovative reputation.

With support from the likes of DJ Snake and Dillon Francis among many others thanks to their already impressive portfolio of collaborations, remixes and original material, the San Marino trio have already affirmed their position as an authority in the electro house scene. Now lending their talents to Nameless Records, the Italian label promoting local artists to the global market, Delayers are on an undeniable path to cementing this authority worldwide. Make sure to keep up to date with all the socials below for information on both the production powerhouse that is Delayers, and the budding Italian imprint, Nameless Records.