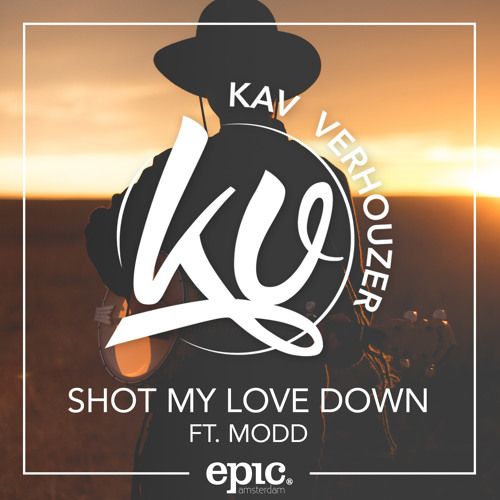 Following the release of his wildly successful summer hit, ‘Get What You Came For’, Dutch DJ and producer Kav Verhouzer is back with another sensational creation, ‘Shot My Love Down’ Ft. Modd – out now via Epic Amsterdam [Sony Music].

Bursting with flavour and character from the very first beat, ‘Shot My Love Down’ is a complex cut that blends elements from an array of genres and musical styles. Setting a Country-Western vibe with Jan Schroder’s deep guitar riff, Kav blends in upbeat instrumentals to create a feel-good tone. Expertly placing Modd’s catchy vocals on top of the deep and funky instrumental arrangement, Kav introduces a jubilant trumpet melody, adding his unique touch to the track. A refreshing and energetic production, ‘Shot My Love Down’ demonstrates Kav’s musical maturity, and diversity as a producer.

Determined to bring happiness to the masses through his infections style of music, Kasper Vrielink (Kav) has spent the last few years making his mark on the dance music scene. Teaming up with tropical house phenomenon, Sam Feldt, for their 2014 collaboration, ‘Hot Skin’, which amassed over 12 million streams on Spotify, Kav has received support from industry heavyweights including Oliver Heldens, Tiësto and Kygo. His most recent release, ‘Get What You Came For’ with BullySongs broke into the Dutch Pop Charts, and has been played over 4 million times on Spotify since its release. Finding inspiration from all over the dance music spectrum, ranging from Jazz to Tech-House, Kav blends digital sounds with the warmth of acoustic sounds to create his distinct signature style. Selected by Spotify for their Spotlight Artists of 2016 in the Netherlands, Kav Verhouzer is most definitely one to watch over the next few months.