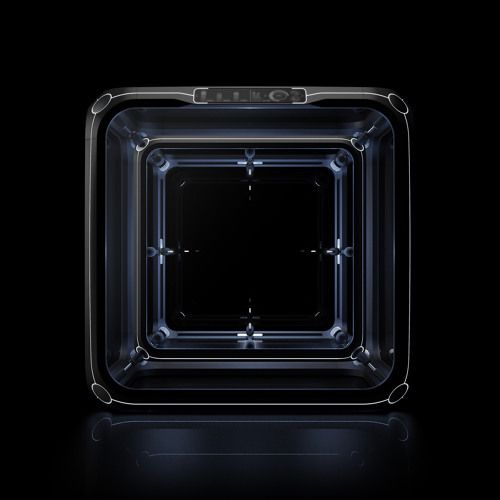 Grammy nominated producer Mat Zo today shares ‘Sinful’, the second track to be taken from his forthcoming album ‘Self Assemble’ due for release in the UK on 1st April, along with a dazzling and retro-futuristic video directed by James Chappell.

Following on from ‘Soul Food’, which was hailed as an “absolute banger” by Zane Lowe after premiering on his Beats 1 radio show and enjoyed success as Annie Mac’s Hottest Record on Radio 1, ‘Sinful’ continues in the same electro-funk, Daft Punk-flecked vein. The track manifests Zo’s hypercreative spirit with a soulful disco shimmer that goes hand in hand perfectly with the sci-fi styled accompanying video. It tells the story of a seductive robot who follows the lead of the pole-dancing women she observes in an underground joint, using her silvery good looks to entice an unwitting human. Whilst Zo nods to an overarching theme of his bemusement with society’s fixation on technology and the pitfalls of the digital age, his aim is to create something that can be left to interpretation, open for all to enjoy and muse upon.

The remix package comes in the form of a heavy-hitting Drum & Bass banger from Skrillex-signed Teddy Killerz, a mellower and slightly cosmic take from nu-disco producer Louis La Roche and a funked-up reinterpretation from remix veteran Mason.

‘Self Assemble’ follows Zo’s debut album 'Damage Control' which was nominated for the Best Dance/Electronic Album Grammy in 2015, peaked at no.1 on the iTunes Dance Album Charts and reached no.7 on the US Billboard Charts.

As a figurehead of the dance music scene, Mat Zo has taken to the stage everywhere from Madison Square Garden to major festivals like Electric Daisy Carnival, Ultra Music Festival and TomorrowLand and remixed artist such as Ellie Goulding, Empire of the Sun and Porter Robinson. Zo and Robinson also co-produced ‘Easy’ which hit no.1 on the Beatport Charts.

Mat Zo's album "Self Assemble" will be released on 1st April via Mad Zoo Recordings, and can be pre-ordered here: https://itunes.apple.com/album/self-assemble/id1074034737?app=itunes
"Sinful" is out now and available to stream across all platforms.