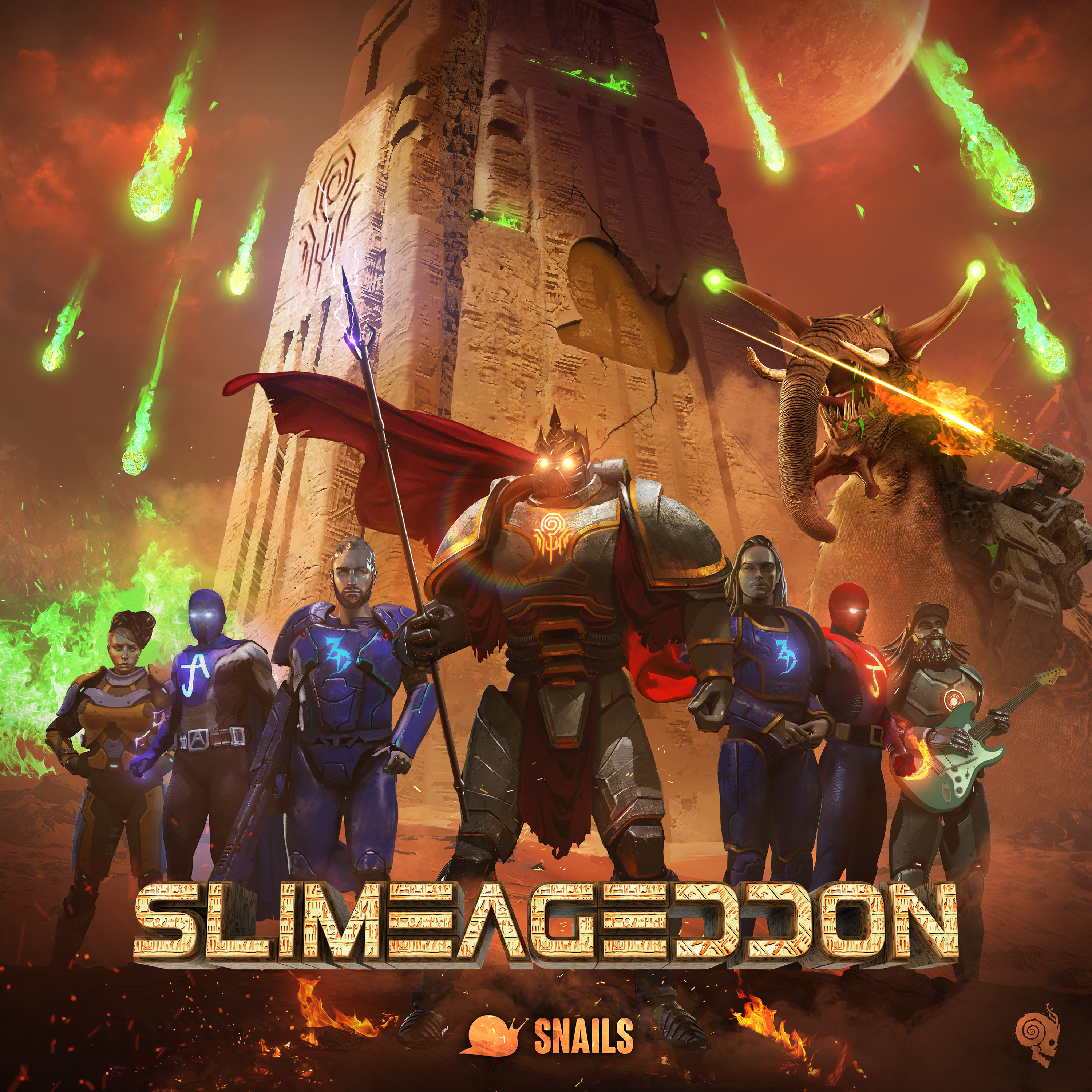 After teasing his Vomitsquad with new releases for the past few months, Snails has dropped the full version of his much-anticipated "SLIMEAGEDDON" EP via his imprint Slugz Music. "SLIMEAGEDDON" is a 7-track saga that includes three never before released tracks as well as his recent "Magnets" with Zeds Dead ft. Akylla, "Snailephant" with Wooli, and "Redline" with Boogie T. Snails hits the ground running with the percussion-heavy opening track "RAVN"; up next is the appropriately-named "Crank Bass," a metal-influenced bass anthem with blood-curdling vocals by Liam Cormier from the metal group Cancer Bats. Longtime fans may recognize Cormier from Snails's "The Anthem" on the original "The Shell" album. For his final new music bomb, Snails unleashes grimy basslines and relentlessly stabbing synths in "Bonkers" featuring Sirah, who has previously worked with bass legends like Skrillex. "SLIMEAGEDDON" displays Snails's ability as an artist to draw from vastly different musical influences and give them his unique Vomitstep sound like never before. The EP is merely the next step in what is revealing itself to be an epic saga for Snails, who has also recently unveiled the first part of "The Shell" comic book series "The Sluggernaut", his collaboration with Adventure Club "Follow Me," (also part of the EP) and is continuing on his massive The Shell 2.0 tour. Just in case you haven’t snagged tickets to one of the many stops yet, check out the remaining dates here.

Snails is truly an artist whose music has no boundaries. His "Vomitstep" sound first found a home on the praised label OWSLA and has led him to work alongside figures like Skrillex, Diplo and more. Snails recently launched his label Slugz Music as a home for his music and others' that is as outrageous as they want it to be. Currently making the rounds on his massive North American tour, Snails has a special treat for attendees in the form of his brand new stage The Shell 2.0.The stage is being called a "holographic bass music experience powered by groundbreaking production" and is done in part with Beama Visuals, the stage production wizards for Excisionand other impressive clientele. Check out a sneak peek of The Shell 2.0 in all of its glory here. The Canadian producer has had a wildly successful 2018, and with more comic books and new music on the horizon, 2019 is looking better than ever for Snails.