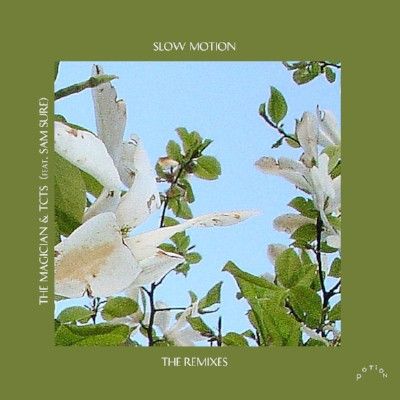 Charismatic Belgian DJ and producer Stephen Fasano (AKA The Magician) has unveiled the dynamic remix package for his single ‘Slow Motion’; a collaboration with UK producer TCTS, featuring the vocals of Sam Sure.

Featuring reworkings from both Boston Bun and Punctual, the two acts opt for varied styles on their productions. Boston Bun kicks off his remix with a down-tempo dreamy melody led by emotive keys, and pitched up vocals. The track soon thunders into a bassline-heavy drop, with the melancholic strings at the tail end of the piece perfectly mirroring the wistful lyrics of the production. Labelled by Busy P as the “future of Ed Banger records,” the French producer has become a prominent figure in the Paris music scene.

Next up is Bristol duo Will Lansley and John Morgan, aka Punctual, who adopt a more vibrant house approach with upbeat piano chords,

The original production’s trademark catchy refrain has been gaining attention as a staple part of The Magician’s live sets and Magic Tape series, having been a highlight hands in the air moment at his recent ADE showcase.

The Magician first experienced mainstream success with his European no1 remix of Lyyke Li’s ‘I Follow Rivers’ in 2012, before 2013 track ‘Sunlight’ featuring the vocals of Olly Alexander from Years & Years, peaked at #7 in both the Belgian and UK charts, garnering over 55 million combined streams in the process. With Top 10 hit status achieved, The Magician has spent time cultivating his own live events and record label aptly named ‘POTION’ where new singles ‘Together’ and ‘Shy’ quickly followed, before his release in February 2017, ‘Tied Up’ with Julian Perretta.

In 2017, the DJ has played at a diverse range of clubs including Pacha, Space, Hï, Ushuaia and Amnesia in Ibiza, Coachella, Output New York, The Warehouse Project and Amsterdam’s widely respected now-defunct Trouw to name a few. Since launching Potion, he’s brought the event series to Ministry of Sound, Showcase Paris, Exchange LA, Electric Brixton, New York’s Webster Hall and this year, hosted his very own Potion stage at Tomorrowland. He also hosted his very own Potion party at ADE this year, as well as supporting Martin Solveig’s ‘My House.’

The ‘Slow Motion’ remix package is due for release on Friday 10th November.